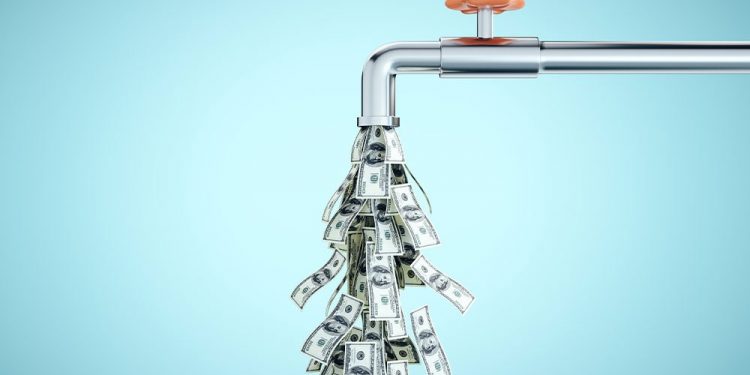 The stock market recovered from earlier losses to trade mixed by late afternoon Wednesday. June’s consumer price index jumped to an annual rate of 9.1%, the highest in more than 40 years. Financials and industrials led the declines.

The Nasdaq met resistance at its 50-day moving average this week, a sign the index remains in a downtrend.

Volume rose on the Nasdaq and NYSE vs. the same time on Tuesday.

The June CPI report was even hotter than the most bearish estimates, lifting 1.3% month over month to a 9.1% annualized rate. Price pressures were broad based, undermining theories that inflation has peaked because commodity prices are dropping. Rents soared nearly 0.7%, taking a toll on Main Street citizens trying to make ends meet in this tough economic environment.

Gas Prices Aren’t The Only Thing Going Up

Core prices, which exclude food and fuel items, rose 0.7% from May and 5.9% on an annual basis. That was slightly less than May’s 6% core CPI.

“Markets had a knee-jerk reaction after today’s eye-popping inflation numbers, and the headline number of 9.1% only makes the job that much harder for the Fed,” said Charlie Ripley, Senior Investment Strategist at Allianz Investment Management. “Looking into the data, inflation remains embedded within multiple segments of the economy even when stripping away food and energy prices. The question that remains from here is how high the Fed will have to raise rates to bring down inflation.”

“We project U.S. GDP will decline for two consecutive quarters, the popular definition of a recession,” said Joel Prakken, co-head of U.S. economics at S&P Global Market Intelligence. “However, over the first half of the year, other indicators … industrial production, employment, hours, and real personal income excluding transfers — all grew. So, while this episode might become a recession, it isn’t one yet!”

Delta Air Lines (DAL) announced second-quarter earnings that missed expectations, although revenue was above views. The stock recovered deeper losses but was still down 5% by late afternoon in heavy trading.

Other airlines fell in sympathy. American Airlines (AAL) skidded more than 3%, after gaining 10% on Tuesday. The company updated its guidance for the second quarter. American will announce Q2 earnings next Thursday.

Fastenal (FAST) fell more than 6% in heavy volume. The supplier of construction supplies that include bolts and nuts met profit estimates. Sales rose 18%. Fastenal, which acts as a bellwether of the U.S. manufacturing industry, warned of “certain signs of softening that emerged in May and June.”

Solar energy stocks resumed their advances from earlier this month. Daqo New Energy (DQ), Enphase Energy (ENPH) and SolarEdge (SEDG) all climbed more than 3%. Enphase Energy climbed back above the 193 buy point of a double-bottom base it initially topped on June 2.