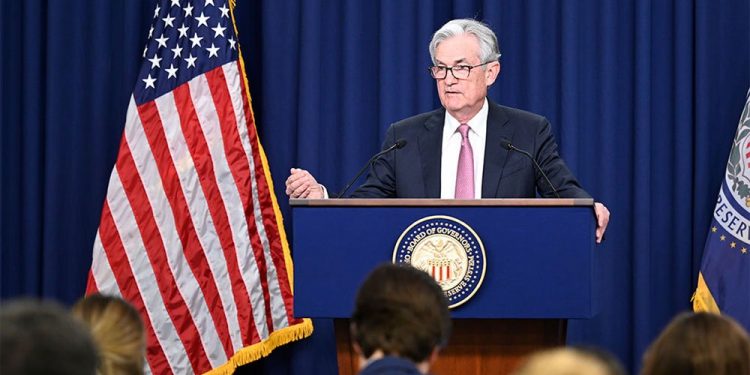 Volume rose on the Nasdaq and the NYSE vs. the same time on Friday.

Stock Market Sees A Strong Chance Of A 0.75% Rate Hike

Markets now see a 66.5% chance of a 75-basis-point hike in September, vs. a 33.5% likelihood the Fed will boost rates by 50 basis points, according to the CBOE Fed Funds Watch tool.

“Powell can’t come right out and say that the Fed is fine walking us right into recession in order to crush inflation, but that is what this messaging unequivocally implies,” said Cliff Hodge, Chief Investment Officer for Cornerstone Wealth. “What does this mean for markets? Drastically it reduces the chance of a soft landing and the bull case for new highs this year.”

Stocks in Asia and Europe mostly fell on Monday, with the London FTSE 100, the German DAX and the French CAC 40 all dropping. Japan’s Nikkei 224 slid 2.7% and the Hong Kong Hang Seng Index fell 0.7%. The Shanghai core index was able to escape the wrath, gaining 0.1%.

Honda Motor (HMC) jumped more than 1% after the Japanese automaker and LG Energy Solutions said Monday they plan to build a $4.4 billion electric-vehicle battery factory in the U.S. The companies said they plan to begin construction of the factory early next year, ramping up to mass production by the end of 2025.

Tesla (TSLA) stock slid 2% after Tesla CEO Elon Musk said the world needs more oil, gas, nuclear power and alternative energy. “I think we actually need more oil and gas, not less, but simultaneously moving as fast as we can to a sustainable energy economy,” Musk told a conference in Stavanger, Norway.

Tesla stock continues to grapple with resistance around its 200-day line. Tesla is more than 30% off its 52-week high.

Is It Time To Sell GLD Stock As Recession, Inflation Ease?

Is XOM A Buy Now After Q2 Earnings?