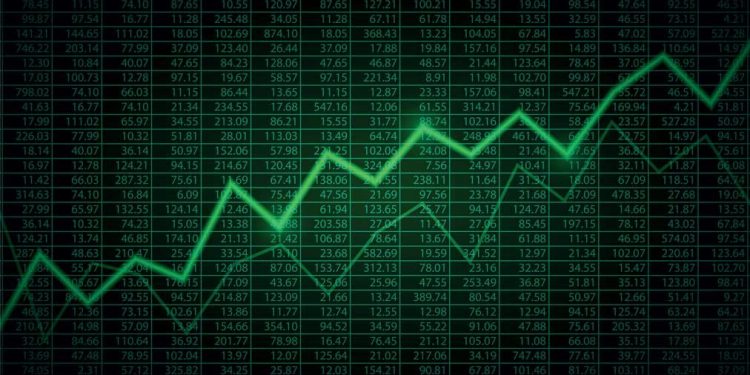 The stock market was up nicely again in afternoon trading Wednesday ahead of the Federal Reserve’s decision on interest rates at 2 p.m. ET. Boeing stock and Nike stock were top gainers in the Dow Jones Industrial Average, while Chinese stocks dominated the upside in the Nasdaq 100. Positive sentiment was also fueled by hope for a Russia-Ukraine cease-fire.

Pinduoduo (PDD), JD.com (JD), Baidu (BIDU) and NetEase (NTES) showed gains of at least 20% in the stock market today after China signaled a possible end to regulatory crackdowns that have plagued Chinese stocks for months. But after sharp sell-offs, all four stocks remain on technical downtrends.

Two days of strong gains for the stock indexes have the bulls in a good mood, but it’s too early to say that the stock market has bottomed. The Nasdaq composite on Friday undercut its Feb. 24 intraday low. That means the index is still in the early stages of a new rally attempt.

The S&P 500 almost confirmed a new uptrend Tuesday on the 14th day of its rally attempt, but volume missed the mark.

More rate hikes are expected at future meetings this year to fight persistently high inflation But risks to economic growth in the U.S. mean the Fed may not be able to raise rates as quickly as the market expects.

The 10-year Treasury yield extended gains, rising another 2 basis points to around 2.18%.

The yield on the benchmark U.S. government bond has soared 46 basis points since over the past seven trading sessions.

The Nasdaq composite picked up 1.8%, and the Nasdaq 100 gained 1.5%. Beaten down technology stocks in the Nasdaq 100 like Atlassian (TEAM), Datadog (DDOG), DocuSign (DOCU) and Zoom Video (ZM) showed gains of at least 6%.

Get Timely Buy And Sell Alerts With IBD Leaderboard

The S&P 500 was up 1%, helped by a bullish breakout for trucking firm J.B. Hunt Transport Services (JBHT), which soared more than 7% in strong volume. It’s still in buy range from a conventional entry of 208.97. J.B. Hunt’s industry group, Transportation-Trucking, was one of Tuesday’s top performers, up around 4.5%.

Starbucks (SBUX) also outperformed in the S&P 500, up 5%. CEO Kevin Johnson is stepping down after five years on the job. Former CEO Howard Schultz will take over as interim CEO.

Inside the MarketSmith Growth 250, GlobalFoundries (GFS) added to gains after surging past a trendline buy point Tuesday. GFS stock is near the top of first-stage cup base.

It’s in the same industry group as Rambus (RMBS), which was off highs after coming close to a 29.11 entry.

Rambus got some airtime in Wednesday’s IBD Live show.