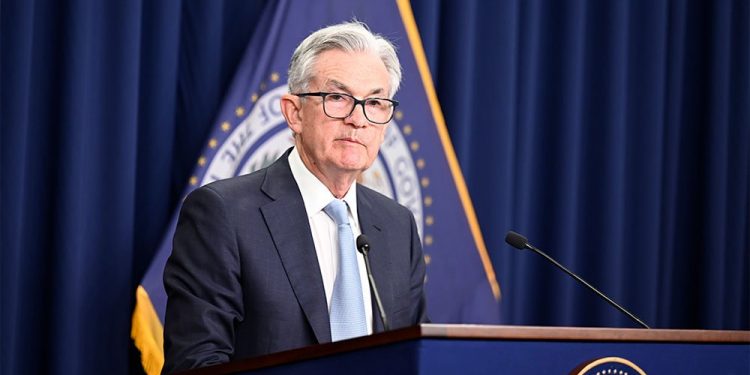 The Dow Jones Industrial Average fell 0.7%. Small caps performed even poorer, with the Russell 2000 off 1.1%.

Powell began his semiannual report to the Senate banking, housing and urban affairs committee about 9:45 a.m. ET. Powell said the Fed is looking for “compelling evidence” that inflation is coming down and will make rate decisions “meeting by meeting.”

The Fed raised the fed funds rate by three-quarters of a percentage point last week, the largest hike since 1994. A similar increase is expected at the next Fed meeting, with an uncertain outlook on future rate increases.

Today, the yield on the 10-year Treasury note fell 14 basis points to 3.16%, as yields continue to trend lower. That’s the lowest 10-year yield since June 10.

The price of U.S. crude oil tumbled nearly 7% to $102.11 a barrel. That’s the lowest in nearly a month and extends a weeklong decline for oil futures.

President Biden will propose a three-month moratorium on the federal gasoline and diesel taxes, according to The Wall Street Journal. But the tax is 18.4 cents a gallon for gas and 24.4 cents for diesel, a small portion of the total price per gallon. The suspension would require congressional approval, and members of both parties have expressed reservations about Biden’s proposal.

Marathon Oil (MRO) gapped down to a loss of 8% at the open, sinking to the lowest since April 25. Canada’s EnerPlus (ERF) gapped below its 50-day moving average in heavy volume. The oil and gas exploration company had already round tripped a 27% gain from its 14.69 buy point. A bounce off the 50-day line also is failing now.

Drilling services provider Halliburton (HAL) sold off more than 7% in early trading. A breakout past a 42.70 buy point in a cup base has failed already.

Innovator IBD 50 ETF (FFTY) fell 3.6%, a much larger loss than the major indexes. Fertilizer, shipping and energy stocks in the index fell 3% to 8%.

Privia Health Group (PRVA), Tuesday’s IBD 50 Stocks to Watch company, remained above the 29.07 buy point of a cup base. A handful of other medical stocks rose in the IBD 50.