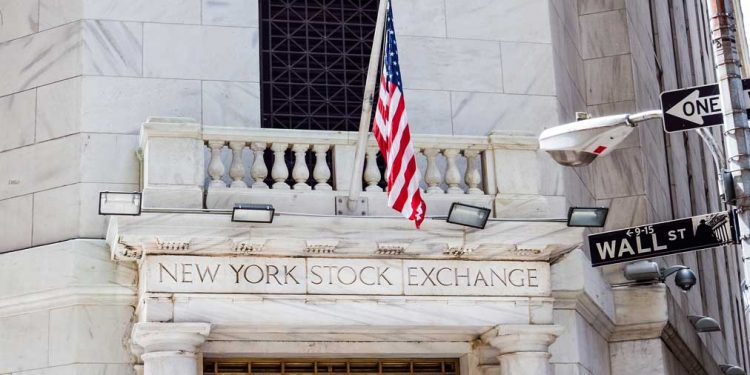 Indexes remained near the day’s highs after a sharp rebound from opening lows, and the Nasdaq composite and S&P 500 erased all losses in afternoon trading.

The Dow Jones Industrial Average was still down 0.2%. But the S&P 500 climbed 0.1% and the Nasdaq rose 0.4% after being down nearly 2%. Volume was higher on the Nasdaq and NYSE.

The 10-year Treasury yield rose earlier but at 2.92% is slightly below yesterday’s close of 2.958%. The Innovator IBD 50 ETF (FFTY) is slightly lower.

A combination of tight job markets and a higher-than-expected headline inflation of 9.1% in June is highly likely to drive the Fed into more tightening. A 75-basis-point hike is now widely expected for later this month as curbing inflation becomes a bigger Fed priority than avoiding a recession.

Fitch Ratings today cut its global GDP growth forecast to 2.9% for 2022. The most severe GDP estimate cuts are for China; Fitch cut its outlook from 4.8% to 3.7% this year due to pandemic-induced lockdowns and resulting supply-chain constraints. The U.S. GDP forecast was slashed by 6 basis points to 2.9% and by 4 basis points to 2.6% for the eurozone.

The consumer price index jumped in June to 9.1%, the highest since 1981. Despite the alarming number, inflation may have peaked based on the price of gasoline, which has been falling. Since energy prices drive headline inflation, that can be good news as the economy grapples with nominal wage increases and above-target inflation. The less volatile core inflation numbers, which do not include food and energy, have also been moderating.

Despite the stock market’s broader negative drift, some stocks are in buy zones, although market risk is higher than normal.

Cigna (CI) is trading just above a cup-with-handle base, presenting a buying opportunity above the 273.67 buy point. The company has beaten profit estimates over the most recent quarters. Earlier this month, the managed care provider divested some of its Asia-Pacific business segments with a net worth of $5.1 billion to insurance company Chubb (CB).

Enphase Energy (ENPH) climbed back above the 193 buy point of a double-bottom base it initially topped on June 2. Enphase is a key stock in the Invesco Solar ETF (TAN), which was in IBD Leaderboard earlier this week. TAN may be building support along its 50-day moving average.

Pharmaceutical giant Merck (MRK) continues to trade above its 50-day moving average after recently breaking out of a flat base with a buy point of 95.02. Shares remain near that entry.

The Wall Street Journal reported that Merck plans to reach a deal to acquire Seagen (SGEN) before its quarterly earnings on July 28.

Auto parts retailer AutoZone (AZO) broke out of a strong cup with handle on June 24 and is trading close to a buy point of 2,130.60. The stock ranks No. 1 in the retail and wholesale auto parts group.

Verra Mobility (VRRM) is down sharply after falling below its 50-day moving average. It is still forming a cup-with handle base and approaching a buy point of 16.83. The stock was listed in the IBD Breakout Index on July 8 and gave guidance of 150% earnings growth for the current quarter.