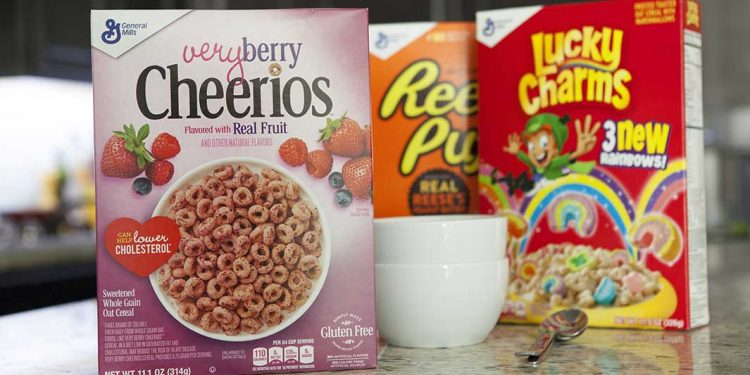 The stock market was mixed at midday Wednesday after Fed Chairman Jerome Powell told European bankers “there’s no guarantee” the Fed will be able to control inflation without causing a recession. General Mills (GIS) popped on earnings, while Carnival (CCL) collapsed.

“The economy is being driven by very different forces,” he said, adding that it’s unknown if conditions can go back to “something that looks like, or a little bit like, what we had before. It has gotten harder.” He said “there’s no guarantee” the Fed will be able to bring down inflation and avoid a recession.

General Mills jumped 5% after the company reported quarterly financial results Wednesday morning that beat analysts’ expectations for both sales and earnings. It broke out of a cup base with a buy point of 74.09 and was on track to score a new all-time high.

Stride (LRN), an online learning platform for kids in grades K-12, jumped more than 8% Wednesday after a report said it will join the S&P SmallCap 600, effective July 5. Some mutual funds and other institutional investors use the S&P SmallCap index as a benchmark for their investments. Stride’s breakout past 21.30 failed but the stock is now back above the entry.

Also on the downside, Carnival plunged more than 15% after Morgan Stanley cut its price target to 7, saying the price could reach zero in a “bear case” scenario. The cruise line operator is on pace for its largest percentage decrease since June 11, 2020, when it fell 15.3%.

Tesla (TSLA) slid nearly 4% after the company announced it will likely revise its global production and delivery data for the second quarter later this week. The Covid lockdowns and restrictions significantly reduced Shanghai plant production for much of the quarter. CEO Elon Musk has also cited supply-chain woes for limiting output elsewhere.

Progress Software (PRGS) extended losses and is now more than 8% below an alternate entry at 51.04, which results in a sell signal. The database software stock fell despite beating quarterly expectations late Tuesday.

OPEC is meeting this week amid tight supplies and the potential for decreased demand if the global economy slows. The price of U.S. crude oil was flat at $111.70 after jumping past $113 earlier Wednesday.