Stock Market Mixed At Midday, But This Growth Index Is Up More Than 1% 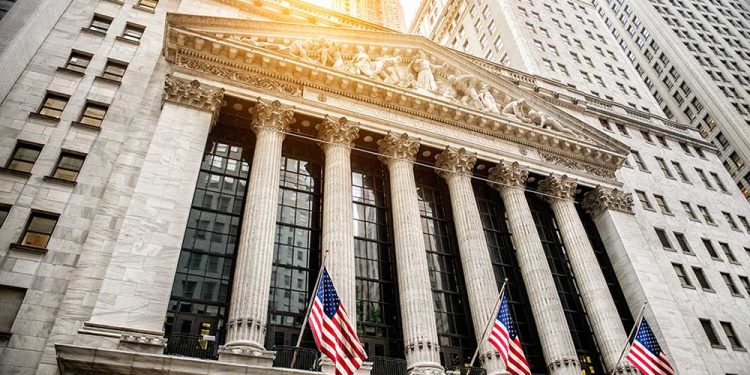 Indexes gave up early gains at midday Tuesday as the stock market tries to steady itself after a three-day rout. But the IBD 50 outperformed.

The Nasdaq composite rose 0.4% thanks in part to strength in the tech sector, which got a boost from Oracle‘s (ORCL) earnings report late Monday. The S&P 500 was 0.1% lower while the Dow Jones Industrial Average was off 0.4%. Volume fell on the NYSE and Nasdaq compared with the same time on Monday.

On Monday, the major indexes tumbled to new lows for the year and the S&P 500 fell into bear-market territory.

Inflation remains a major worry for the stock market, and those fears intensified with Friday’s larger-than-expected consumer price index. Earlier today, the producer price index came in roughly in line with expectations, but still hotter than normal.

Wholesale Prices Climb In May

Producer prices rose 0.8% in May from the previous month, the same level that economists polled by Econoday had forecast. Wholesale prices climbed 10.8% from a year ago, slightly less than the 11% consensus estimate. The latest month-to-month index reading rose from the previous report but eased on an annual basis.

Excluding food and energy items, producer prices climbed 0.7% from April, the Bureau of Labor Statistics said. That’s down from 1.1% in the March-April reading. On a year-over-year basis, core prices jumped 9.7%. That’s a full percentage point above the Econoday estimate. Yet, the annual increase was less than the 10% in the previous report.

The PPI data comes as the Federal Reserve starts a two-day meeting to decide on interest rates. Some economists now believe the Fed will raise the fed funds rate by 75 basis points. Another scenario is the Fed raising a half-point this week but signaling that a three-quarter point hike is being considered.

The yield on the 10-year Treasury note climbed again, up 3 basis points to 3.4%.

C.H. Robinson Worldwide (CHRW) rose past the 112.25 buy point of a flat base in heavy volume but fell below the entry at midday. Other transportation stocks in the IBD 50 were rebounding as well.

A day after falling below its 50-day moving average, Occidental Petroleum (OXY) climbed back above that level. SM Energy (SM) is bouncing after a pullback to the 21-day exponential moving average.

Keep in mind that with the stock market in a correction, investors should avoid new stock purchases.

The post Stock Market Mixed At Midday, But This Growth Index Is Up More Than 1% appeared first on Investor’s Business Daily.