Stock Market Mainly Higher, With Indexes On Pace For A Bullish Distinction; Nvidia Climbs Ahead Of Big Week 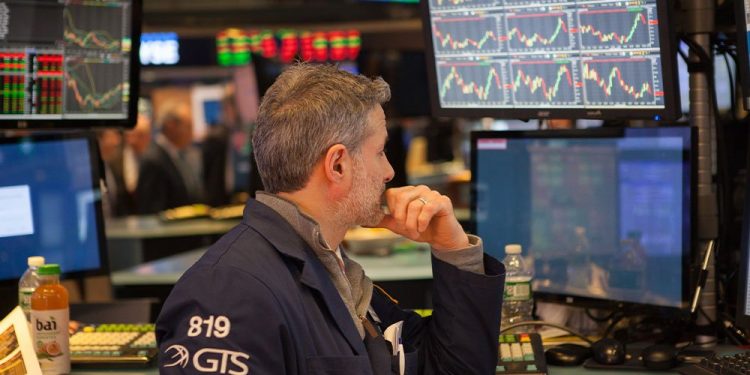 The U.S. stock market was mainly higher Friday morning as indexes added to a three-day rally. The S&P 500 and Nasdaq were on track for their best week in more than a year.

The Nasdaq composite reversed higher for a 0.9% increase. The index is up 5.8% this week, which would be the best week since February 2021.

Stock market volume rose on the NYSE and Nasdaq compared with the same time on Thursday.

U.S. crude oil futures edged up 0.2% to $103.15 a barrel. Oil jumped back above $100 a barrel Thursday after it fell below the century mark for a few days. But other commodities were generally lower Friday.

FedEx (FDX) fell more than 4% after the package delivery company’s February-quarter earnings missed expectations. The company cited higher costs, including wages. Rising fuel prices are hurting many transportation companies lately. The stock has been rebounding after falling to an August 2020 low.

Packaging Corp. of America (PKG) rose to a new high in big volume. The stock had been consolidating since May 2021. Wells Fargo raised its price target on the stock to 154 from 150 on Thursday.

IBD 50 In Line With Stock Market

In the IBD 50, Nvidia (NVDA) rose 3%. The chip designer this week is finally lifting above the 50-day moving average after living below since the start of the year. Investor enthusiasm is building ahead of the company’s technology conference Monday through Thursday and its investor day on Tuesday.

Axcelis Technologies (ACLS) added 1% and remains in buy range from a 75.10 buy point. MarketSmith identifies a cup with handle base, although the handle’s depth of more than 20% is deeper than normal.

In Asia, the major indexes continued attempts to climb out of bear markets. The Tokyo Nikkei 225 rose nearly 0.7%. The Shanghai Composite climbed 1.1%, and the Hong Kong Hang Seng added 0.4%. The latter index erased an 11% drop this week to end more than 4% higher.

The index of leading economic indicators rose 0.3% in February. That was slightly better than the 0.2% increase economist forecast and an improvement over the 0.5% decline in January. Existing-home sales in February fell to 6.02 million from 6.5 million in January. Economists expected 6.17 million.

The post Stock Market Mainly Higher, With Indexes On Pace For A Bullish Distinction; Nvidia Climbs Ahead Of Big Week appeared first on Investor’s Business Daily.