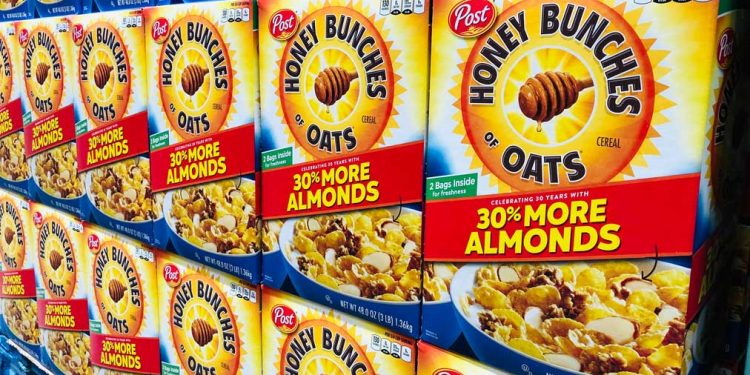 The major stock market indexes continue losing their morning gains, as all deepened losses in the last hour and are now trading at the lows of the session. The Dow Jones Industrial Average is holding up relatively better.

Consumers are losing confidence in the economy as shown in the consumer confidence survey for June, which fell to 98.7. The consensus forecast was for 101. Looking at the 2022 outlook, says Jennifer Lee, senior economist at BMO Capital Markets, “if consumers start to rein in their spending, the second half will be considerably weaker, as we anticipate.”

NYSE volume is down 6.8% and Nasdaq volume is up 3.0% compared with the same time on Monday.

Molson Coors Beverage (TAP) is up 1.5% on an upgrade by Goldman Sachs to neutral from sell, with a new price target of 54 from 46. The stock rose above its 57.55 buy point but is now below it.

Humana (HUM) hit a new high as the managed care industry has seen recent strength. The stock is breaking out of a long consolidation base and briefly popped above the 475.54 buy point this morning. But gains are fading, and Humana also is below a 469.44 buy point.

Post (POST), the packaged foods company, is down 0.1% on news that it will launch a cash tender offer of $450 million of its senior notes due 2030 and 2031. The company plans to invest $110 million to increase cereal production in its Nevada facility.

Post’s stock is breaking out of a flat base with buy point of 83.08. The relative strength line made a new high. It has a Relative Strength Rating of 96 with a Group Relative Strength Rating of A-, indicating strength in its industry group over the last six months. Post is in the packaged food industry, ranked No. 35 out of 197 industries Investor’s Business Daily tracks, up from No. 95 three months ago, and No. 146 six months ago.

Permian Basin Royalty Trust (PBT), a trust with interests in oil and gas properties in Texas, is down 0.3% and is rising from support at the 10-week moving average, as it now tests the 21-day exponential moving average.

Occidental Petroleum (OXY) is up 2.9% on higher volume on news that Berkshire Hathaway (BRKB) added shares, bringing their holding to 16.4% of OXY. Occidental shares climbed above the 50-day moving average briefly this morning, but have since retreated.

Novo Nordisk (NVO), the Denmark-based insulin maker, is down 3.3% on heavy volume after a downgrade by UBS from neutral to a sell rating. The stock has dropped below the 50-day moving average, after holding above it the previous two sessions.

EFTs Pull Back From Gains This Morning

The SPDR S&P Consumer Staples ETF (XLP) is down 0.3% and in a base as it holds above the 21-day exponential moving average.

Invesco Solar ETF (TAN) is up 0.2% but is meeting resistance at the 200-day moving average.

The SPDR S&P Biotech ETF (XBI) is down 2.5% after seeing a big run recently. The ETF is holding above the 50-day moving average for the fourth consecutive day, though it remains in a downtrend.