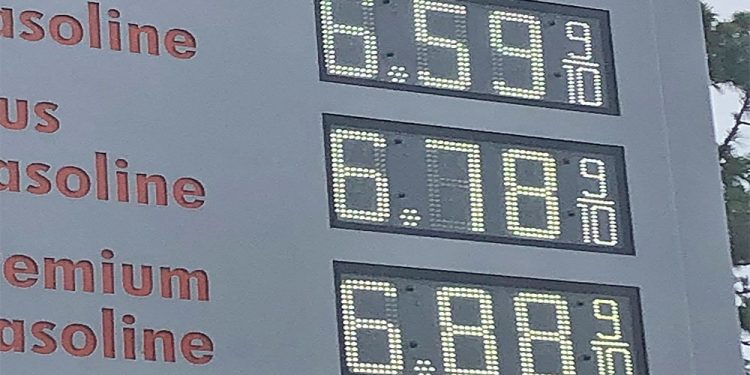 The stock market fell nearly 2% after another hot reading on inflation. Indexes traded at session lows around 10 a.m. ET.

The producer price index jumped 11.3% in June from the same period a year ago. That’s above estimates of 10.4% although a slight decline from the previous month’s 10.8% increase. Wholesale prices climbed 1.1%, also above expectations.

“It’s clear that food and energy are driving PPI higher, as was the case in yesterday’s inflation print. When removing these volatile components, PPI appears to have peaked and is starting to roll over, a telltale sign that the economy is shifting into late-cycle territory,” Peter Essele, head of portfolio management at Commonwealth Financial Network, said in a commentary.

The odds for a 100-basis point interest rate hike at this month’s Fed meeting shot up to more than 85% after Wednesday’s consumer price index report, according to Cboe’s FedWatch.

Treasury yields climbed after the economic data, with the 10-year note’s yield up 10 basis point to 3.0%.

JPMorgan (JPM) fell to the lowest since November 2020 after results missed expectations. The bank also plans to suspend its stock buyback program. Shares fell 4.5% in heavy volume in early trading.

In the technology sector, Taiwan Semiconductor Manufacturing (TSM) edged lower after the chipmaker beat second-quarter estimates and gave a better-than-expected forecast for the current quarter. The stock is trying to rebound from a prolonged decline since a January peak.

Novavax (NVAX) won Food and Drug Administration approval for its Covid vaccine after a long delay. Yet, the stock fell 10%. Novavax shares have been rebounding from a decline of more than 80% from its December peak.

Conagra (CAG) slid more than 7% after the maker of food products missed sales expectations for the May-ended quarter. Profit came in above views, however. Thursday’s drop is a setback for the stock, which has been forming the right side of a cup base with a 37.07 buy point.

Murphy USA (MUSA) fell nearly 2% and is back below the 262.638 buy point of Monday’s breakout. But so far there’s no sell signal. McKesson (MCK) fell below its 50-day moving average with a 2.7% decline in heavy trading. It is still forming a flat base.