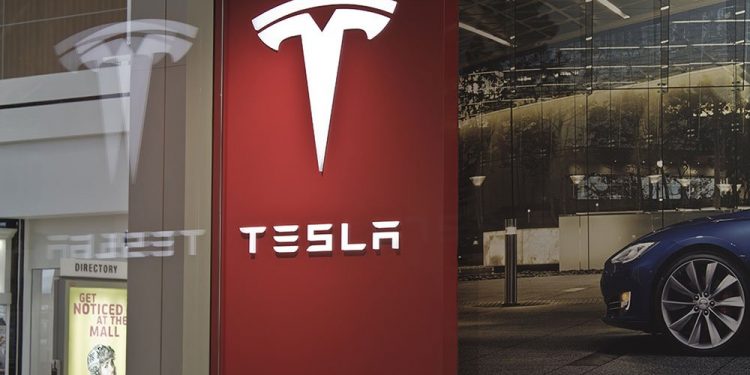 Volume rose on the Nasdaq and fell on the NYSE compared with the same time on Wednesday.

The Innovator IBD 50 ETF (FFTY) fell nearly 2%. Darling Ingredients (DAR) fell back below the 85.02 buy point of a breakout on Tuesday from a cup-with-handle base. Also in the IBD 50, Eagle Bulk Shipping (EGLE) dipped below its 50-day moving average as shipping stocks continued to sink.

The yield on the 10-year Treasury note rose 3 basis points to 3.06%. The benchmark yield has jumped more than 30 basis points in two weeks.

Earlier today, the European Central Bank said it intends to raise its key rate by a quarter percentage point. It would be its first rate increase in more than a decade, and add the ECB to the list of central banks raising rates to battle inflation.

Tesla (TSLA) sales in China improved sharply from April, when production was shut down due to a Covid lockdown. News reports said Tesla’s China operations are back to full strength. Tesla stock rose 2% in heavy volume.

UBS upgraded Tesla to buy from neutral today, saying the company’s “operational outlook is stronger than ever.”

In a report shared with IBD, analyst Patrick Hummel cited a record-high order backlog and the ramp up of the company’s two new gigafactories. After a Q2 dip, auto gross margin should top 30% on pricing and innovation. In addition, Hummel noted a “structural competitive edge in key supply chains, resulting in superior growth and profitability.” UBS raised its estimates of Tesla’s EPS growth for the next three years to 40%, or $28 a share in 2025.

China-based Nio (NIO) beat first-quarter earnings estimates early Thursday and implied a big jump in June deliveries as the country’s Covid lockdown winds down. Nio expects Q2 deliveries of 23,000-25,000, which would mean an increase of 5%-14% vs. a year earlier, but down slightly from Q1.

Several analysts, including those at Wells Fargo and Citigroup, cut their price targets on Five Below. The stock has been rebounding from its May lows but remains miles away from any clear buy point.