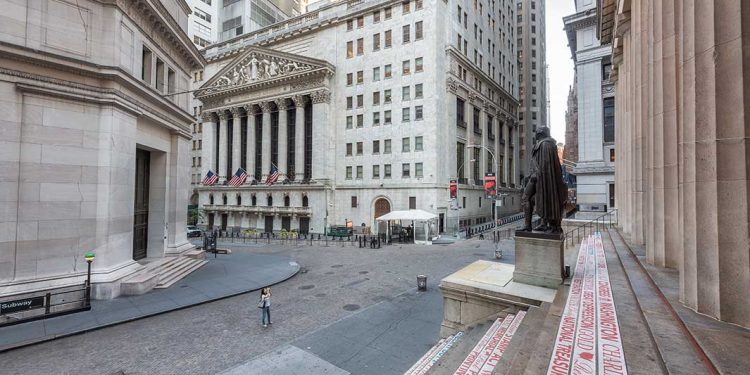 A strong earnings report from Palo Alto Networks (PANW) lifted several security software names in the Nasdaq 100, including Zscaler (ZS) and CrowdStrike (CRWD), but both stocks are still in pronounced downtrends.

Palo Alto Networks gapped above its 200-day moving average after the security software giant reported a 49% jump in quarterly profit. Revenue increased 27% to $1.55 billion. The company also declared a 3-for-1 stock split.

At the New York Mercantile Exchange, WTI crude oil futures were up more than 3% to $93.37 per barrel, on rising hopes for an output cut at OPEC’s next meeting in early September.

How To Know It’s Time To Sell Your Favorite Stock

ROCC soared past its recent high of 38.80 but is still trading well below the 42.76 buy point. That means overhead supply could still be an issue for the stock. Meanwhile, OXY stock hit an all-time high after giving a buy signal last week, when it jumped past a 66.26 handle entry.

HD stock rallied close to its 200-day moving average last week after reporting earnings. But the stock has been under selling pressure since that time.

The Russell 2000 small-cap index and the Nasdaq composite inched up 0.1%.

Volume was lower on the NYSE and Nasdaq, compared to the same time Monday.

Get Alerts To Stocks Near Buy Points With Leaderboard

Tesla (TSLA) rose 2.5%. The stock will split 3-for-1 after Wednesday’s closing bell.

Nvidia (NVDA) and Splunk (SPLK) also outperformed in Tuesday’s stock market. Both report earnings Wednesday after the close, along with Snowflake (SNOW) and Salesforce (CRM).

All Eyes On The Fed

The speech could move markets, but he’s been very transparent about the Fed’s plan to bring down inflation. For now, Fed funds futures traders think there’s a 52.5% chance for a 50 basis-point hike at the September meeting.

Inside the IBD 50, Celsius (CELH) soared past a 109.84 buy point after a solid test of its 21-day exponential moving average. Shares jumped around 10%.

Sentiment has been positive around Celsius since the company inked a big distribution deal with PepsiCo (PEP). PepsiCo has also invested $550 million in the beverage manufacturer.