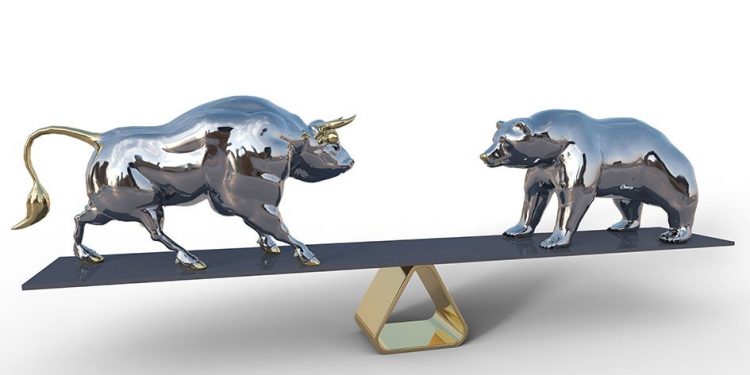 Volume rose on the Nasdaq and fell on the NYSE compared with the same time on Thursday.

Most of the S&P sectors traded down or flat, with the exception of health care. The Health Care Select Sector SPDR (XLV) climbed 0.6%.

The economy created 372,000 jobs last month, much higher than the Econoday consensus of 270,000. The unemployment rate stayed at 3.6% for the fourth straight month. Average hourly earnings rose 0.3% from May, in line with estimates. Year over year, wages increased 5.1%, slightly ahead of the 5% consensus.

“The employment report for June came in much stronger than expected with nonfarm payroll additions well above consensus,” said Charlie Ripley, Senior Investment Strategist at Allianz Investment Management. “While many participants were looking for a broader slowdown in hiring last month, the reality is the demand for labor remains strong and absent a meaningful decline in hiring, it is hard to envision the economy is on the brink of recession. Overall, today’s report simply means the Fed still has more work to do with regards to policy rates to cool demand in the economy and a 75 basis point rate hike is almost a certainty at this point.”

Next week kicks off earnings season, with big banks including JPMorgan Chase (JPM) and Morgan Stanley (MS) announcing on Thursday.

Enphase Energy (ENPH) led the S&P 500, up more than 5%. Enphase is prone to volatile price swings, but it’s in position for another breakout try over a 217.33 alternate entry.

UnitedHealth joined Leaderboard on June 27 when it topped the 500 level. The health insurer cleared a cup-with-handle base today, rising 1.5%. It’s still in the 5% buy zone from the 518.30 entry, but earnings are due late next week.

Covid vaccine stocks Novavax (NVAX) and Moderna (MRNA) surged to three-month highs Friday on growing enthusiasm for an omicron booster campaign in the fall. The Food and Drug Administration recently asked vaccine makers to tailor their next boosters for the new dominant sub-variants, dubbed B.A.4 and B.A.5. Both are offshoots of the omicron strain.

Centene (CNC), a managed health care company, is up more than 3% and breaking out of a double-bottom base on the MarketSmith chart. The stock hit the 87.44 buy point and is in the 5% buy zone to 91.81.