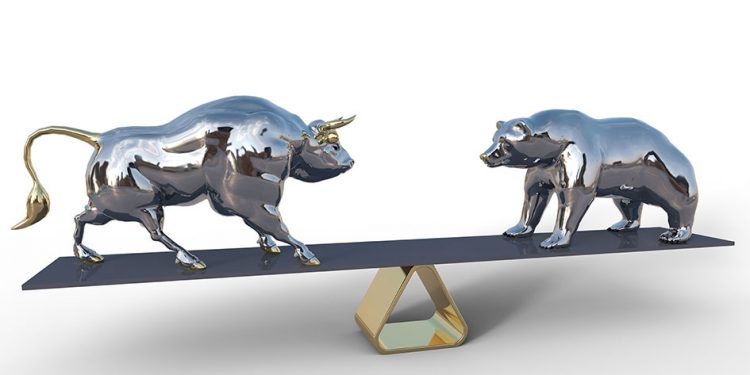 Stocks strengthened at midday in spite of light retail earnings and a weaker-than-expected durable goods report. Shares of Bed Bath & Beyond (BBBY) and Peloton Interactive (PTON) jumped on deals for financing and distribution.

Volume rose on the Nasdaq but fell on the NYSE vs. the same time on Tuesday.

The Commerce Department’s durable goods report came in unchanged from July’s report, well off the 0.5% increase that Econoday economists were expecting. That means that new orders for big-ticket items are cooler than expected.

On a positive note, U.S. pending home sales were down only 1%, vs. an expected decrease of 2.5%. The housing market is still in recession mode, but there could be light at the end of the tunnel.

Bed Bath & Beyond was up 14% after a four-day, 62% plunge. The Wall Street Journal reported Bed Bath & Beyond has tapped a new financing source to bolster its liquidity, telling prospective lenders that it has selected a lender to provide a loan following a marketing process conducted by JPMorgan Chase (JPM).

Peloton Interactive stock soared 18% after the company said it started selling its fitness equipment and apparel on Amazon.com (AMZN). The move could increase distribution of its products as the company struggles with weak demand. The stock, which had fallen five straight days, is on pace to hit the largest percentage increase since Feb. 8, when it rose 25.3%.

Tesla (TSLA) shareholders approved plans for a 3-for-1 stock split on Aug. 4. Tesla’s stock split goes into effect Thursday, when shares outstanding increase to 4 billion. The Tesla stock split is seen as a way to increase demand for its shares. Still, news of the stock split appears to have already been built into the price of the shares.

Advance Auto Parts (AAP) sold off more than 11% after missing top- and bottom-line expectations. The auto parts retailer also lowered fiscal year earnings and revenue forecasts. Advance Auto is on pace for its largest loss since March 20, 2020, according to Dow Jones Market Data.

Microsoft (MSFT) dropped another 1% and is on track to be down seven consecutive days, falling more than 6% over the period. It is Microsoft’s longest losing streak since Aug. 3, 2017, when it fell for seven straight trading days, according to Dow Jones Market Data.

After today’s close, a key tech-sector report is due when Nvidia (NVDA) announces July-ended quarter results. Analysts expect EPS of 50 cents per share vs $1.04 a year ago, on revenue of $6.67 billion.

Is It Time To Sell GLD Stock As Recession, Inflation Ease?

Is XOM A Buy Now After Q2 Earnings?