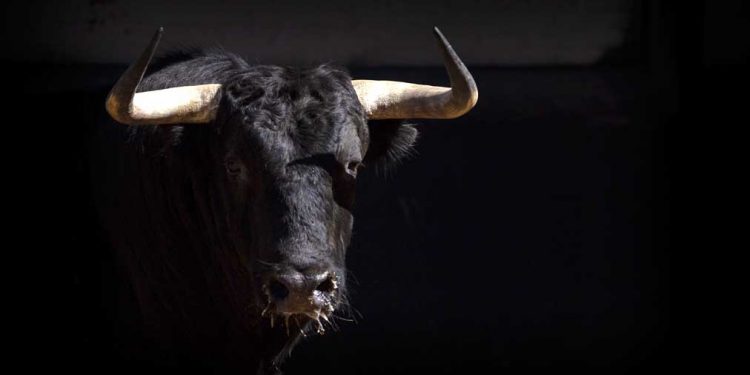 Indexes were well off session highs at midday. The Nasdaq composite led with a 1.3% jump, although it remains below its 50-day moving average. The S&P 500 jumped 0.9%. The Dow Jones Industrial Average rose 0.7%.

Small caps beat the large cap indexes, with the Russell 2000 up 1.9%. Volume fell on the NYSE and Nasdaq compared with the same time on Monday.

Energy stocks also gained as crude oil gained nearly 7%, climbing above $100 per barrel for the first time in a week. Exxon Mobil (XOM) and Chevron (CVX) both jumped more than 3%.

The CPI rose 1.2% from the prior month and 8.5% vs. a year ago, the biggest annual gain since December 1981, the Labor Department said. The core CPI, which strips out volatile food and energy categories, rose a more moderate 0.3% from February. The annual core inflation rate rose to 6.5%, highest since August 1982.

Economists expected the overall CPI to rise 1.1% on the month, lifting the annual CPI inflation rate to 8.4%. The core CPI was seen rising 0.5% vs. February and 6.6% from a year ago.

Still, inflation is expected to stay way above the Federal Reserve’s comfort level for an extended period, partly as a result of strong rent inflation trends. Some investors were seeking sectors and asset classes that are known to perform better than the overall market during inflationary environments.

Bill Adams, chief economist for Comerica Bank, said momentum in core inflation remains quite strong. “The biggest part of this is surging costs of rents and owners’ equivalent rent of primary residence. These CPI components are stickier than other consumer prices. They rose at the fastest rates in 20 years in March, and they are accelerating.”

The yield on the 10 year Treasury note fell 8 basis points to 2.69%. If that holds, it would be the first decline in the benchmark yield in seven sessions.

The IBD/TIPP Economic Optimism Index, an early monthly read on consumer confidence, jumped 4.5 points to 45.5, bouncing from March’s eight-year low to the highest level of 2022. Still, pessimism maintained its grip for an eighth straight month. Readings above the neutral 50 level reflect optimism.

Cisco Systems (CSCO) weighed on the Dow with a 2% loss, sinking earlier to the lowest since Nov. 18. Citigroup downgraded the stock from neutral to sell and cut the price target from 65 to 45. An analyst said supply chains are a bigger problem for Cisco than its peers, Barron’s reported.

Matador Resources (MTDR) led the IBD 50 gaining more than 4% and is on track for a new closing high. The oil and gas exploration company, discussed in IBD 50 Stocks To Watch Monday, topped the 57.79 buy point of a three-weeks-tight pattern.

Qualys (QLYS) rose 2% to a new high in active trading. The cybersecurity stock topped a handle that offers a 145.60 buy point, although gains faded.

Simply Good Foods (SMPL) rose 1.8% on Tuesday and is approaching its buy point. The stock is 15 weeks into a consolidation, and holding support above its 10- and 40-week moving averages. The base pattern offers a buy point at 43.27. Simply Good Foods last week reported earnings and sales that beat analysts’ forecasts for its fiscal second quarter.