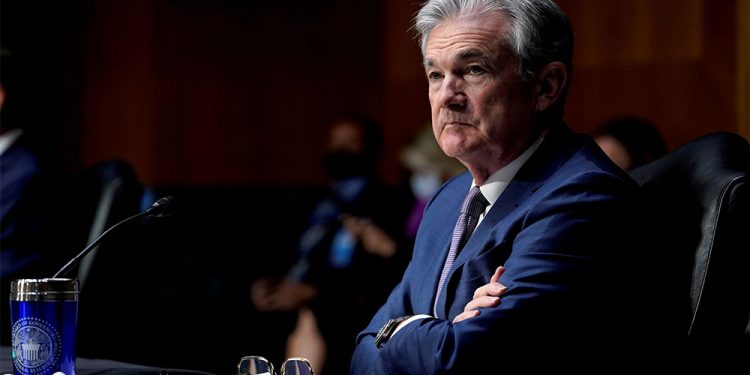 The Dow Jones Industrial Average was the laggard, only rising 0.6%.

Microsoft (MSFT) rose 1.9% in an attempt to rebound from a one-year low. Cisco (CSCO) and Salesforce (CRM) both gained more than 1.5%, as both stocks try to get back to their 50-day lines.

But the consumer discretionary sector led all S&P sectors. The Consumer Discretionary Select Sector SPDR ETF (XLY) gained 1.6%, led by Amazon.com (AMZN) and Tesla (TSLA). In spite of Tuesday’s 3.6% gain, Amazon is still trading at a low level it hasn’t hit since April 2020 and is still well below its 50-day line.

The Federal Reserve concludes its meeting today at 2 p.m. ET with a decision on interest rates. Most expect the Fed to lift the benchmark rate by three-quarters of a point, which would be the largest increase since 1994. As of Tuesday morning, financial markets were still pricing in 95% odds of a three-quarter-point rate hike, according to CME Group’s FedWatch page.

This morning, the U.S. Census Bureau reported that retail sales fell 0.3% in May. Excluding autos, May sales rose 0.7%. The measures missed the consensus Econoday estimates. Economists expected total sales to inch up 0.1% after rising 0.7% in April.

“The decline in retail sales, driven by a fall in auto sales, confirms our view that the average U.S. consumer is pivoting from spending on durable goods to more spending on services, especially travel-related services,” said Jeffrey Roach, chief economist for LPL Financial. “Nagging inflation and persistently high gas prices are taking a bite out of consumers’ wallets. We expect spending to further downshift during the latter half of this year.”

The yield on the 10-year Treasury note fell 6 basis points to 3.41% after climbing higher the past three sessions.

Verra Mobility (VRRM) shares are up 1.7% and it has reset its base count by undercutting the low in its prior pattern. That makes the transportation data intelligence company’s current cup with handle a first-stage base. The buy point is 16.83.

While Verra’s 50-day moving average remains below its 200-day line, the stock has found support at its 200-day benchmark. Having posted average earnings growth of 73% over the last three quarters, Verra has found a spot on the IBD Breakout Stocks Index.

90% Chance That New Rally Does This After Fierce Sell-Off