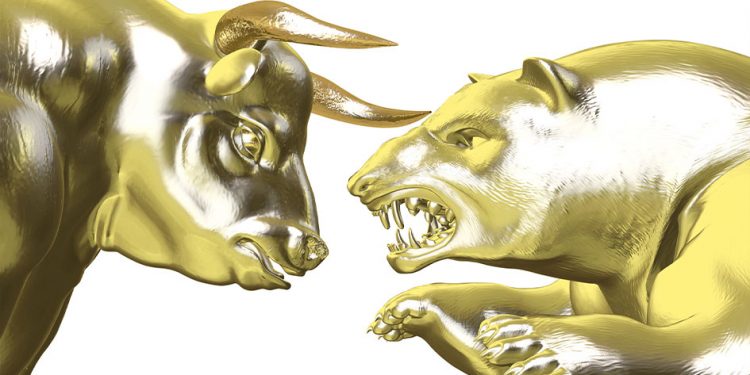 The stock market gave back all of its gains on Thursday from the previous day, as recession fears sank in. Investors were concerned that even the Fed’s rate hikes won’t be enough to fix the economy. Energy, consumer discretionary and technology sectors took the biggest hits.

Volume rose on the NYSE and Nasdaq compared with the same time on Wednesday.

Amazon.com (AMZN), Tesla (TSLA) and Apple (AAPL) were all battered Thursday, down between 3% and 7%. Apple fell to a one-year low. Amazon slipped 4%, near last month’s lows, which matched the April 2020 levels.

On Wednesday, the Federal Reserve raised the benchmark interest rate by three-quarters of a point. It was the largest increase since 1994. Stocks jumped on Wednesday, but on Thursday stocks were down again.

“Markets believed and applauded Chairman Powell’s resolve to fight rising inflationary pressures — and that’s the problem,” said Quincy Krosby, Chief Equity Strategist for LPL Financial. Investors are concerned that with mounting recession fears, the Fed may be making a “policy mistake” with its aggressive monetary policy.

Housing starts fell 14% in May to 1.549 million from 1.810 million the previous month. Building permits fell to 1.695 million from 1.823 million in April, the Commerce Department said. Both numbers were lower than economists’ forecasts.

“The labor and housing markets are normalizing after running red-hot in 2021,” said Bill Adams, Chief Economist for Comerica Bank. But “there is also good news from the supply side, with home completions up to the highest since 2007. Home price increases will start to slow soon as demand falls and supply rises.”

Inflation is the key, Adams said. “Household finances are under pressure from surging gas and food prices and higher interest rates, and consumer spending is pulling back, especially on goods where consumers splurged in 2020 and 2021 like electronics, fancy groceries, home furnishings, and online shopping.”

The yield on the 10-year Treasury note reversed lower 7 basis points to 3.33% at midday.

The company tested its drug, crenezumab, in patients with a genetic mutation that causes early-onset Alzheimer’s disease. Like Biogen’s (BIIB) approved drug, Aduhelm, Roche’s crenezumab works by neutralizing abnormal protein in the brain known as beta amyloid. But doing so didn’t slow or prevent cognitive decline for Alzheimer’s patients.

Jabil (JBL) was down 9% in heavy trading. The contract manufacturing company this morning beat expectations for its May-ended quarter. Jabil raised guidance for the current quarter and full fiscal year.