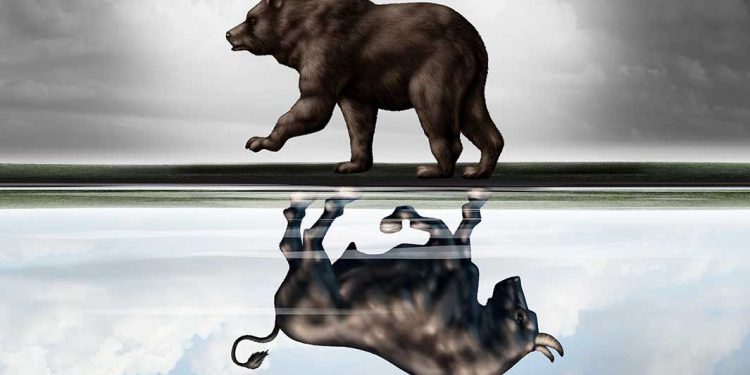 The stock market extended losses on Friday after the April jobs report came out and showed the 3.6% unemployment rate didn’t change. Oil stocks led on the upside as the price of oil continued to climb.

Volume rose on the NYSE and Nasdaq compared with the same time on Thursday.

The Energy Select Sector SDR Fund (XLE) ETF was the only S&P sector with sizable gains, up 1.9% Friday. Materials led on the downside, led by metals stocks, followed by losses in communications stocks.

The unemployment rate held steady from March at 3.6%, or just slightly above February 2020’s multidecade low of 3.5%. The household survey, which is used to derive the unemployment rate, was at odds with the employer survey, showing that the ranks of the employed fell 353,000. The number of people participating in the labor force, meaning they’re working or actively looking for a job, fell 363,000.

Annual wage growth of 5.5% from a year ago was largely in-line with forecasts, and cooled slightly from March’s 5.6%. While wage gains are strong, they’re not keeping up with inflation. The annual CPI inflation rate hit 8.5% in March.

Materials Stocks Lead The Way Down For The Stock Market

The strong results were supported by rising realized prices per metric ton of rare earth oxide, up 37% from Q4 and 135% from a year ago. Production volume grew 6% on the quarter and 10% from a year ago.

Biotechs In The Stock Market Today

Vertex Pharmaceuticals (VRTX), a stock market leader now, reported mixed earnings Thursday evening. Shares traded at the bottom edge of a buy range after testing support at its 50-day line earlier in the week. The stock briefly became extended from a 255.04 buy point but shares have since pulled back.

VRTX is now dipping below its 50-day line, a bearish sign, after gapping down over 3.5%.