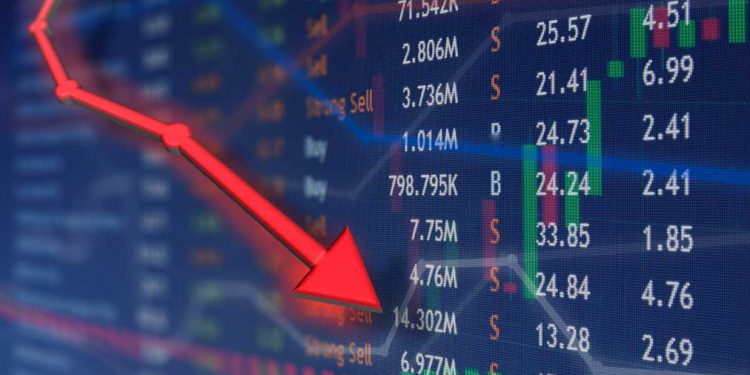 The stock market was firmly lower in afternoon trading Wednesday, despite a bullish earnings report from Dow Jones stock Salesforce.com (CRM). CRM stock rallied up to its 50-day moving average but quickly got turned away at the line. Shares still rose 9%.

CRM stock was the best gainer in the Dow Jones today. It also led the S&P 500, along with energy stocks like Exxon Mobil (XOM), Baker Hughes (BKR), ConocoPhillips (COP) and Hess (HES).

Baker Hughes has been working its way higher after a sharp break of the 50-day moving average. A 10-week consolidation shows an early entry point of 38.01 and a standard buy point of 39.88.

In bonds, the 10-year Treasury yield jumped 8 basis points to around 2.92%. WTI crude oil futures rallied just over 1% to around $116 per barrel.

Lithium-related stocks like Albemarle (ALB) and Livent (LTHM) came under heavy selling pressure in the MarketSmith Growth 250. Earlier this week, Goldman Sachs called a top for battery metals like cobalt, lithium and nickel, saying that prices will fall over the next two years.

Also in the oil sector, new issue ProFrac Holding (PFHC) soared out of an IPO base, rising nearly 6% to 19.32. The oil field services company’s stock topped a 19.05 buy point.

Among utilities, Excelerate Energy (EE) jumped more than 4%. It’s close to the top of a first-stage cup base.

Inside the IBD 50, Highpeak Energy (HPK) is close to completing a new base after several tests of the 10-week moving average. Shares jumped nearly 5% to $33.66.