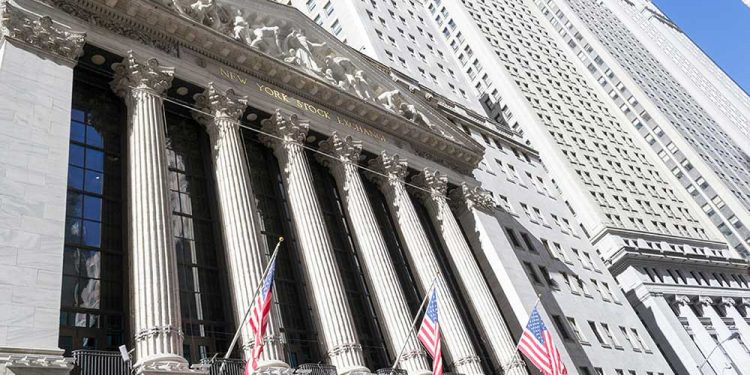 Russia said Tuesday that storm damage may cause a temporary drop in oil exports via a pipeline from Kazakhstan to the Black Sea, The Wall Street Journal reported. The loss of around 1 million barrels a day represents about 1% of global oil demand. Repairs could take up to two months.

Russia-Ukraine War Could Be Drawn Out

Meanwhile, President Joe Biden was traveling to a NATO meeting where he and other Western leaders were expected to strengthen NATO forces near Ukraine and increase sanctions on Russia.

The yield on the 10-year Treasury note dipped slightly to 2.35%. Still, it’s the highest since May 2019 and up about 28% from 1.84% at the end of February. At the same time, the yield curve is flattening, which may be an early sign of an economic slowdown.

Shipping companies were among the gainers Wednesday morning. Genco Shipping & Trading (GNK) gained 8% and broke out of a cup-with-handle base in heavy trading. The stock is already extended past its buy range from its 21.99 buy point, which goes up to 23.09.

The move is part of a rally in shipping stocks that’s taken the group to No. 14 out of 197 industry groups. Cargo shippers are up 12% this month after rising 11.6% in February. Zim Integrated Shipping (ZIM) made a new high as it extends its March rally to nearly 40%.

Tesla stock (TSLA) gained another 3% Wednesday morning, in what would be a seven-day win streak. Shares decisively reclaimed their 50-day line this week, as they move up the right side of a cup base that has a 1,208.10 buy point. Be on the lookout for a potential handle to offer a lower buy point.

On Tuesday, Tesla officially opened its new factory near Berlin, kicking off deliveries as it establishes a manufacturing footprint in Europe.

The stock traded as high as 1,243.49 on Nov. 4. If it closes higher today, Tesla stock would have the longest winning streak since August 5, 2021, when it rose for seven straight days. And it would be the best seven-day stretch since the seven days ending Nov. 1, 2021, when it rose 35.2%, according to Dow Jones Market Data.

Nvidia (NVDA) fell 2% and has erased the week’s earlier gains. On Tuesday, the company announced updates to its Omniverse platform, which is used for online collaboration and simulation. It also introduced new hardware and software for AI and accelerated computing.

The Innovator IBD 50 ETF (FFTY) fell 0.3% as industrial and cyclical leaders made the index’s best gains.