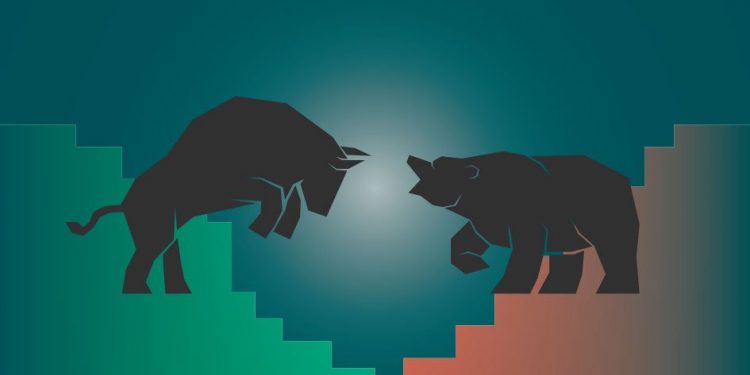 Volume rose on the Nasdaq and NYSE compared with the same time on Tuesday.

Fertilizer, oil and defense stocks mostly gained as the U.S. on Wednesday expanded its sanctions against Russia in response to its war on Ukraine. For the first time, the expanded sanctions included the adult children of Russian President Vladimir Putin.

Fertilizer stocks were the biggest gainers, with CF Industries (CF), Intrepid Potash (IPI) and Mosaic (MOS) all gaining between 6% and 11%. Fertilizer stocks are caught in a severe supply crunch as Russia is cut off from exporting its fertilizers.

The stock market uptrend is stumbling this week. Part of the reason is rising Treasury yields and an inversion of the yield curve. On Wednesday, Philadelphia Fed President Patrick Harker joined a chorus of Fed officials who advocate a more aggressive stance. He said he expects “a series of deliberate, methodical hikes as the year continues and the data evolve.”

The Innovator IBD 50 ETF (FFTY) fell 2.8%. IBD 50 stock Darling Ingredients (DAR) fell below its 81.22 buy point after hesitating around that level for a couple of weeks.

Technology Select Sector SPDR slid 2.3% and was among the weakest S&P sector ETFs after gapping below its 50- and 200-day moving averages. The consumer discretionary sector also fell more than 2%, and SPDR S&P Transportation ETF (XTN) was off 2.5% as airline stocks fell broadly.

JetBlue (JBLU) slid nearly 6% in heavy volume after the airline offered to buy Spirit Airlines (SAVE) in a deal valued at $3.6 billion. Spirit in February agreed to a buyout from Frontier Airlines parent Frontier Group Holdings (ULCC) worth $2.9 billion.

Spirit Airlines stock, which shot up more than 22% Tuesday on news of the JetBlue offer, fell 1.7% Wednesday morning. Frontier Group fell more than 7% in heavy trading.