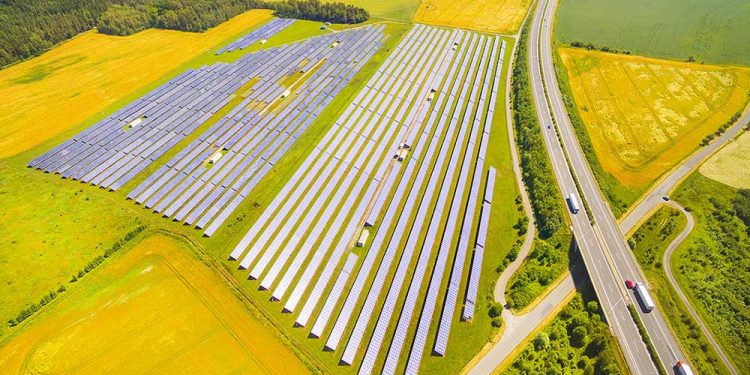 Volume fell on the Nasdaq and the NYSE compared with the same time on Wednesday.

The number of jobless claims rose to 235,000 from 231,000 the previous week, according to the U.S. Labor Department. Economists polled by Econoday had forecast 230,000. The numbers showed that growth in the labor market is slowing down.

“It’s never a good thing to see layoffs, but the pressure on wages may have now peaked,” said Jamie Cox, managing partner for Harris Financial Group. “A few more weeks of these types of numbers and maybe, just maybe, financial conditions are tight enough to allow the Fed to throttle back on the scale of rate increases.”

Meanwhile, the yield on the 10-year Treasury note climbed 7 basis points to 3.0%, climbing back above 3% for the first time since June 30.

All S&P sectors were up, except for consumer staples and utilities, which dipped 0.3% and 0.1%, respectively.

In heavy construction, Quanta Services (PWR) jumped nearly 4% and is back above its 50-day moving average as it forms an imperfect cup-with-handle base.

Innovator IBD 50 ETF (FFTY) rose more than 1.4%. IBD 50 stock Funko (FNKO) climbed 2% past its buy point as it prepares to display its toys and collectibles at Comic-Con this month. With its relative strength line already hitting a new high, Funko has just cleared a 25.18 buy point in a cup with handle. The stock remains within the buy zone, and trades well above its 50-day moving average.

GameStop (GME) gained nearly 13% on news of a 4-for-1 stock split scheduled for later this month.

Merck (MRK) is in advanced talks to acquire Seagen (SGEN) in a deal that could be worth roughly $40 billion. Seagen shares rose 2.2%, while Merck was down 0.2%.