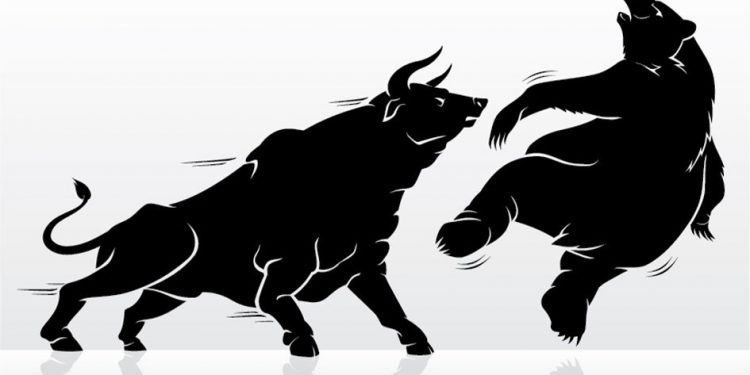 The stock market gained sharply on Friday, closing out the week with all three major indexes up over 5% for the week and snapping a three-week losing streak. New data showed the economy continued to slow, feeding investor enthusiasm and signaling inflation may be coming down and the Federal Reserve may ease its tight monetary policy.

Volume rose sharply on both the Nasdaq and the New York Stock Exchange due to rebalancing of the Russell indexes.

Two days of Fed Chairman Jerome Powell testifying before Congress ruled the headlines this week. Powell stated his intention to do whatever it takes to bring down inflation, even if it means risking a recession.

On Friday, new economic data confirmed the United States could indeed be headed for a slowdown. The consumer sentiment index published Friday by the University of Michigan came in at 50.0 in June, down from 58.4 in May. It was roughly in line with Econoday expectations.

New home sales rose 10.7% month-over-month to 696,000, above economists’ estimates of 587,000. But “demand remains well below peak pandemic levels,” said Peter Essele, head of Portfolio Management for Commonwealth Financial Network. “Coupled with the softening economic environment and slowdown in hiring as of late, it’s reasonable to assume that the housing market is due for a correction in the coming quarters.”

“As we move forward, our focus will be on revenue quality and lowering our cost to serve,” CEO Raj Subramaniam said in an earnings release.

The S&P Health Care Select Sector ETF (XLV) jumped nearly 8% this week as investors anticipated that the health care sector could benefit as a recession-resistant investment.

Is Exxon Mobil A Buy Now After Q1 Earnings?