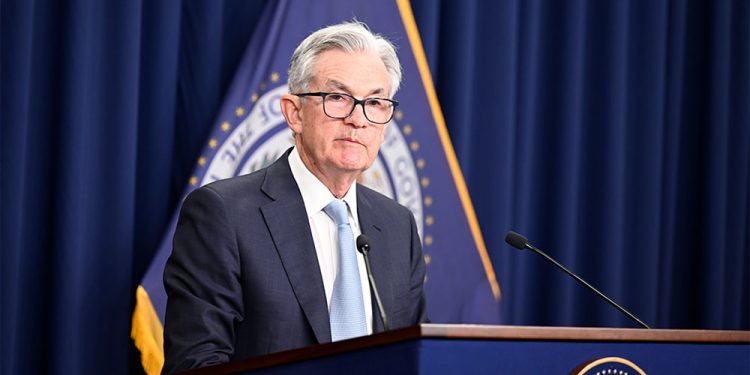 The stock market rebounded moderately after Tuesday’s sell-off, as investors watched new comments from Fed Chairman Jerome Powell. But the IBD 50 was down.

Volume rose on the Nasdaq and fell on the NYSE compared with the same time on Tuesday. Breadth was weaker than the indexes would suggest. Declining stocks led advancers by about 2-to-1 on the NYSE and Nasdaq.

“The economy is being driven by very different forces,” he said, adding that it’s unknown if conditions can go back to “something that looks like, or a little bit like, what we had before.”

Progress Software (PRGS) extended losses and is now 8% below an alternate entry at 51.04, which results in a sell signal. The database software stock fell despite beating quarterly expectations late Tuesday.

Equinor (EQNR) climbed above the 50-day moving average as it forms a double-bottom base.

OPEC is meeting this week amid tight supplies and the potential for decreased demand if the global economy slows. OPEC members met Wednesday and will discuss oil policy Thursday during a meeting of the broader OPEC+ group. Few changes are expected.

Defense stocks erased premarket gains despite that NATO moved to shore up its forces to counter Russian aggression, and President Biden announced a buildup of U.S. troops in the continent.

Bed Bath & Beyond Takes A Bath

Tesla (TSLA) fell more than 3% on a Bloomberg report that the company cut 200 jobs in its Autopilot division. The stock is meeting resistance at the 10-week moving average.

Bed Bath & Beyond (BBBY) plunged more than 20% after the housewares retailer dismissed Chief Executive Mark Tritton as sales for the May-ended quarter plummeted 25%. The company posted a loss for the quarter. The stock is trading about 5 a share, around the lows of the Covid bear market.

“Today’s actions address company performance, the macroeconomic conditions under which we are operating, and the expectations of the Board on behalf of shareholders,” Chair Harriet Edelman said in a statement. Board member Sue Gove was named interim CEO.