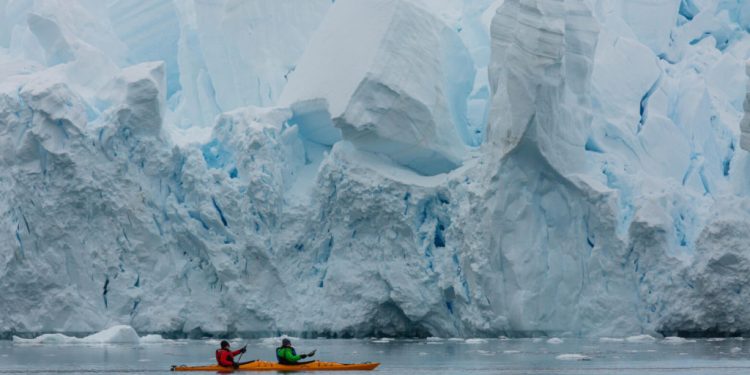 Erebus is the second highest (3,684 meters) active volcano in Antarctica after Mount Sidley and the southernmost active volcano on Earth. Erebus has been active for about 1.3 million years and may help provide evidence of the secret world of animals and plants beneath the icy continent.

Mount Erebus is a complex system of caves hollowed out by steam in the ice. These caves were studied in an extensive study conducted by the Australian National University. Scientists found that volcanic steam, as it passes through the open spaces, melts the passages in the caves. These caves can reach temperatures as high as 25 ℃, making them potentially viable for life, experts said.

“You could wear a T-shirt in the caves and feel pretty comfortable,” said Dr. Ceridwen Fraser, who led the study.

.By analyzing DNA from soil taken from the caves, scientists found evidence of organisms, including algae, mosses and small invertebrate animals.

“The results of the study provide a tantalizing glimpse of what might live under Antarctica’s ice — there may even be new species of animals and plants. The next step is to go and really find out if we can find new communities living under the ice in Antarctica,” Fraser explained.

According to her, scientists have not been able to find clear evidence that anyone is currently living in the caves. However, evidence has been found that some kind of creature lived there before.

“The next steps will be to study the caves more closely and look for living organisms. If they exist, it opens the door to an exciting new world,” added Professor Laurie Connell.

Check out selfies taken by Chinese orbiter of Mars