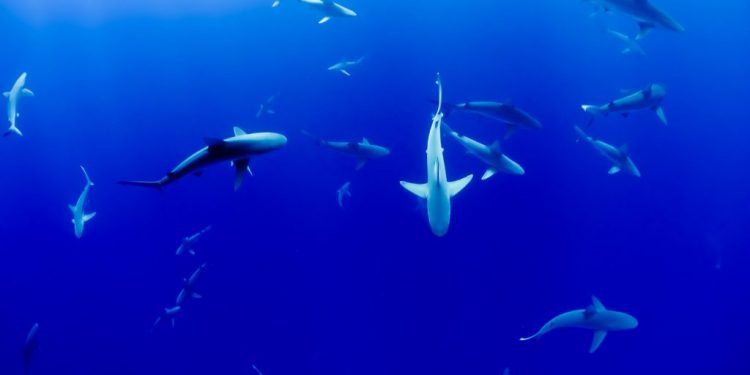 The coastlines of the oceans are rapidly urbanizing, but how human presence can affect ocean species has not been fully studied. In a new study led by scientists at the University of Miami (UM) School of Marine and Atmospheric Sciences, experts tracked the movements of three shark species. Given the chemical, light and noise pollution emanating from a coastal metropolis, the researchers expected sharks to avoid areas near the city, but it turned out they moved closer to the cities.

Scientists explained that some animals, such as pigeons and raccoons, live comfortably in cities. These species, called “urban exploiters,” often become dependent on human garbage for food. Other animals, known as “urban adapters,” may make partial use of urbanized areas, but mostly live in the wild. Conversely, some species, like wolves, avoid anthropogenic influences.

“Few researchers have studied the movements of ocean predators in relation to urbanization. But since other scientists have shown that terrestrial predators avoid cities, we expected sharks to do the same,” said Neil Hammerschlag, director of UM’s Shark Research and Conservation Program and lead author of the study. – “We were surprised to find that the sharks we followed spent so much time near the lights and sounds of a busy city, often close to shore, regardless of the time of day. The researchers concluded that the behavior of the tracked sharks resembled that of “adapted sharks.” The authors of the study suggest that sharks may be attracted to shore by activities on land, such as discarding fish carcasses.

Sharks coming close to shore can have consequences for both sharks and humans. “Spending so much time close to shore exposes sharks to toxic pollutants as well as fishing, which can affect their health and survival,” the scientists said. While human cases of shark bites are rare, the study also points to areas near the shore that are best avoided.