Russian stocks jump as much as 12% in Moscow after a monthlong trading halt, backed up by $10 billion of government cash 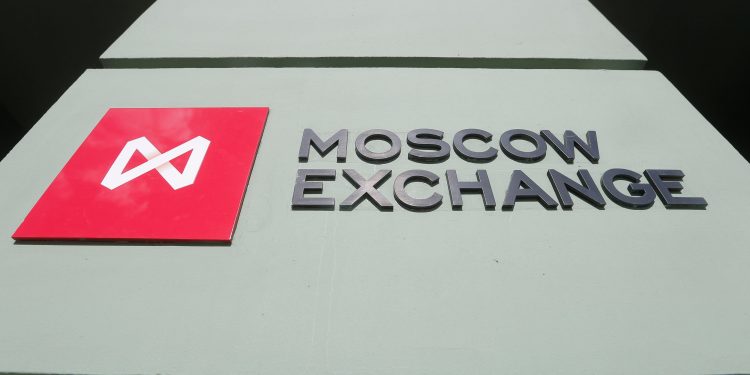 Russia’s main stock index rose as much as 12% Thursday as the government reopened trading in Moscow for the first time in a month, having pledged to support the market with around $10 billion of state cash.

The Moex index has since pared gains, and was up 6.55% at 5.25 a.m ET. Shares in energy companies rose, thanks in part to the surge in oil and gas prices since Russia invaded Ukraine at the end of February.

Trading resumed in 33 out of the 50 stocks that make up the Moex, Russia’s benchmark stock index. The Moscow exchange had been shut since February 25, a day after the invasion began.

There were strict limits on trading, however. Foreigners have been banned from selling equities until April 1; trading will run for a shortened 4-hour period; and investors are not allowed to bet against stocks.

The Russian government has ordered the country’s sovereign wealth fund to release $10 billion to be funneled into the Moscow market. However, it was not immediately clear to what extent the money was being deployed Thursday.

However, VTB Bank, which has been heavily sanctioned, was down 2.16%. Shares in airline Aeroflot tumbled 9.9%.

“As to why the market’s not plunging here, even before the crisis it was by far the cheapest equity market in the world,” Ben Laidler, global markets strategist at trading platform eToro, told Insider.

“The other thing that really stands out, is three-quarters of the index is made up commodities [companies], which are obviously rallying, and prices are high and business is good.”

Thursday’s action was a far cry from the events of February 24, when the Moex index fell as much as 50%.

The White House slammed the reopening of the market on Thursday morning, labeling it a “charade.”

“Russia has made clear they are going to pour government resources into artificially propping up the shares of companies that are trading,” said Daleep Singh, the US deputy national security advisor, in a statement Thursday morning.

“This is not a real market and not a sustainable model — which only underscores Russia’s isolation from the global financial system.”

Read more: A former Moscow journalist who now serves as the chief strategist at a $3 billion asset manager shares 3 trades to make in a turbulent market this year