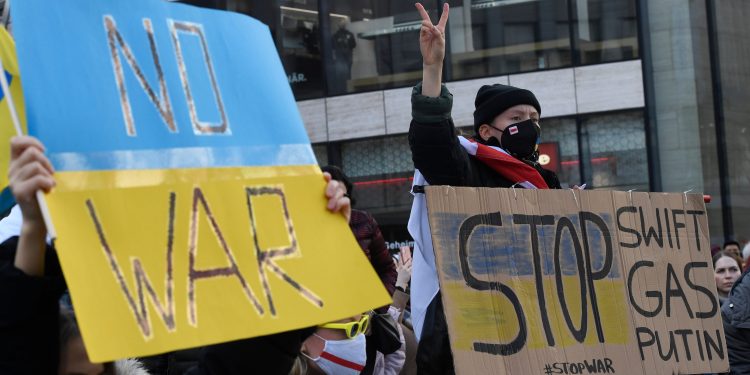 In the week leading up to April 15, crude flows stood at 3.12 million barrels per day, marking a 25% drop from the previous week, according to data from Bloomberg. Cargoes heading to Asia from ports on the Black Sea, Baltic, and Arctic coasts have hit their lowest in two months.

This means last week’s shipments notched roughly $181 million in revenue — down from more than $240 million the prior week.

The decline in outgoing cargoes, while significant, matches the figures seen April 1, Bloomberg reported, and factors like weather and the timing of when shipments depart can impact the numbers, too.

Still, energy traders have avoided handling contracts for Russian crude in a trend of “self-sanctioning,” even as the European Union, a top energy market for Moscow, has yet to join the US in cutting off its imports completely.

Meanwhile, the EU earlier this month banned Russian-flagged ships from entering its ports, and Greece impounded a Russian oil tanker on Tuesday, Reuters reported. Since the invasion began, Russian crude exports have had to travel much further distances to make deliveries, with more shipments heading to Asia and the Mediterranean.

The decline in oil revenue comes as Putin orders a new offensive in the Donbas region, after his forces failed to seize control of the Ukrainian capital and suffered severe losses.