Russia visited Iran at least twice to check out drones to use in war against Ukraine, White House says 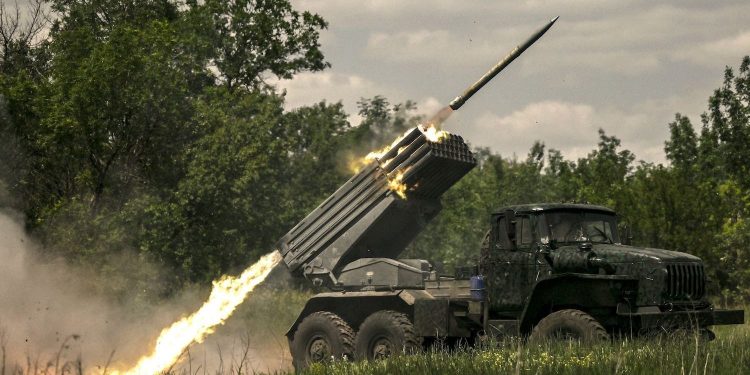 Ukrainian troops fire with surface-to-surface rockets MLRS towards Russian positions at a front line in the eastern Ukrainian region of Donbas on June 7, 2022.

Russian officials have visited Iran at least twice to see drones they want to use in Ukraine, according to the White House, the Associated Press reported.

The AP reported that satellite images showed Russian officials visiting the Kashan Airfield in central Iran on June 8 and  July 5.

The intelligence information comes as President Joe Biden visits the middle east and promised not to walk away from the region and “leave a vacuum to be filled by China, Russia or Iran.”

A senior US official told reporters that the development shows that Russia is “effectively making a bet on Iran,” the AP reported.

“Our information further indicates that Iran is preparing to train Russian forces to use these UAVs, with initial training session slated in as soon as early July. It’s unclear whether Iran has delivered any of these UAVs to Russia already,” Sullivan added.