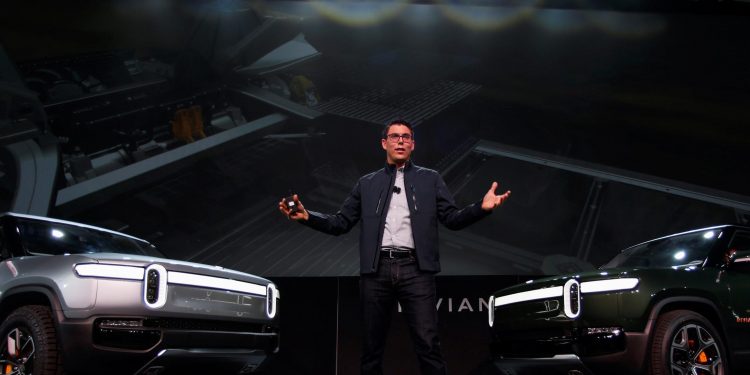 Rivian CEO RJ Scaringe warned that a shortage of electric-car batteries could soon eclipse the issues that the automotive industry has faced from the computer chip shortage.

“Semiconductors are a small appetizer to what we are about to feel on battery cells over the next two decades,” Scaringe said, according to a report from The Wall Street Journal. The Rivian CEO made the comment while giving reporters a tour of the company’s plant in Normal, Illinois.

Over the past two years, the chip shortage has led companies to slash production and cut electronic features like touch screens and seat heaters. In September, consulting firm AlixPartners estimated that the chip shortage would cost automakers over $210 billion in 2021.

Now, automakers looking to branch out into electric cars could face a critical shortage of EV batteries, as well as the metals required to produce the roughly 1,000 pound lithium-ion batteries.

“Put very simply, all the world’s cell production combined represents well under 10% of what we will need in 10 years,” Scaringe said, according to The Journal. “Meaning, 90% to 95% of the supply chain does not exist,” he added.

Scaringe told reporters that Rivian’s strategy for securing battery cells is to diversify its suppliers, as well as build up its capacity to create its own battery cells.

The Rivian CEO is not the first to express concern over future EV battery supplies. Tesla CEO Elon Musk has repeatedly warned battery supplies could become a major issue.

Earlier this month, Musk said Tesla is considering getting into mining and refining lithium. In 2020, Tesla secured its own rights to mine lithium in Nevada after a deal to buy a lithium mining company fell through, according to Fortune.

Over the past year, prices for the metal have more than quadrupled as the pace of lithium extraction has lagged behind demand for electric cars, according to data from Benchmark Mineral Intelligence. Last month, nickel prices hit their highest level in over 20 years.

Last year, the Center for Automotive Research (CAR) released a report that found that battery cell production will not be able to meet demand until 2030, causing an estimated shortage of over 18.7 million electric cars between 2022 and 2029.

“Although considerable production capacities for lithium-ion cells are being built up in the US, Europe, and China, the construction of the cell factories takes time, as does the material chains for anodes and cathodes, ranging from lithium, cobalt, nickel and manganese,” the report said.

Scaringe acknowledged that, as a new player in the auto industry, the company has faced difficulty securing computer chips. The carmaker has cut its production targets for 2022 in half as a result.

“I’m on the phone with semiconductor supplier CEOs every day,” Scaringe said, according to report from Axios. “It’s a day-in, day-out battle for allocation and the number we get is precisely equal to the number of vehicles we build,” he added.

Rivian began selling its first models last fall — the R1T truck and R1S SUV. Last year, the electric-car maker had a blockbuster IPO that briefly valued the company over top automakers like Ford and General Motor, but since then Rivian’s share price has dipped.