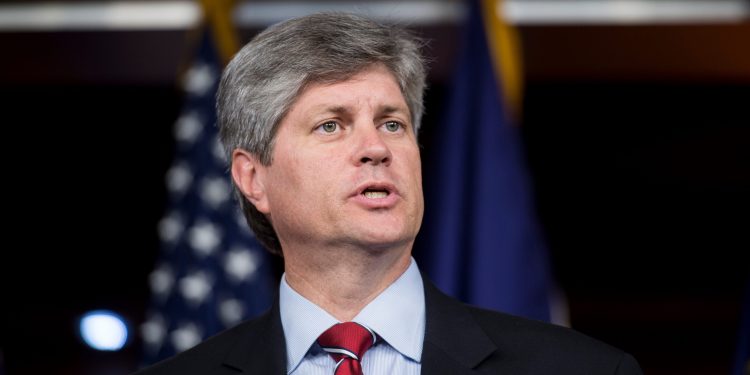 Rep. Jeff Fortenberry of Nebraska in 2012.

Nebraska is holding a special election in its 1st Congressional District on Tuesday. Polls close at 8 p.m. local time.

The race and stakes:

Nebraskans will choose who will fill out the final months of former Rep. Jeff Fortenberry’s term after he was forced out following his conviction for lying to the FBI.

In the state’s 1st Congressional District, a sprawling seat that encompasses most of the eastern part of the state except Omaha, voters will pick between two state lawmakers: Republican Mike Flood and Democrat Patty Pansing Brooks.

Tuesday’s victor must run again in November but do so with added bonus of being an incumbent. Flood and Pansing Brooks are also their parties’ respective nominees for the regular general election.

Flood is widely expected to win in the overwhelmingly Republican district that then-President Donald Trump carried by roughly 15 percentage points in 2020.

Unlike the competitive Omaha-based 2nd District, the 1st District race is not.

Flood’s campaign reported just over $32,000 on hand on his pre-special election report, having brought in over $1.1 million through the entire cycle. Pansing Brooks had roughly $365,000 on hand, having raised just over $765,000 this cycle. House Minority Leader Kevin McCarthy swung through for a fundraiser in early June.

As for Fortenberry, he avoided prison time when US District Judge Stanley Blumenfeld Jr. sentenced him today to two years probation, 320 hours of community service, and a $25,000 fine.