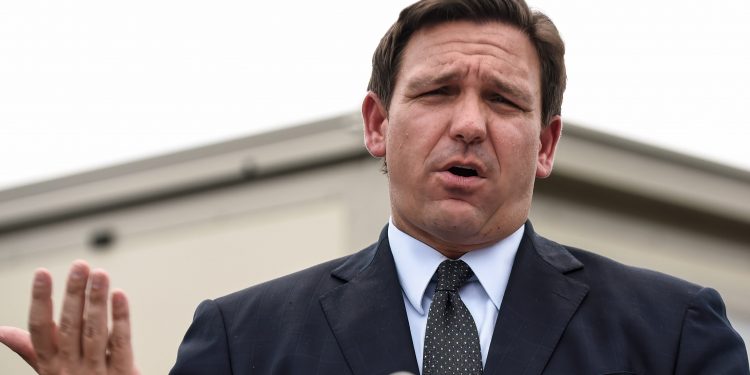 “We reject the notion that parents shouldn’t have a say in what their kids learn in school,” DeSantis said during his 2022 State of the State Address that kicks off the 60-day legislative session. “Indeed, Florida law should provide parents with the right to review the curriculum used in their children’s schools. We should provide parents with recourse so that state standards are enforced, such as Florida’s prohibition on infusing subjects with critical race theory in our classrooms.”

DeSantis first called for a ban on critical race theory during a press conference in December but didn’t cite any examples of such teachings in Florida schools. Instead, a press release from his office cited examples of teaching on race from other states largely reported by the conservative Manhattan Institute’s City Journal.

It has become a leading issue for conservatives, particularly after Virginia Gov. Glenn Youngkin railed against the topic during his 2021 gubernatorial race — and won.

DeSantis is up for re-election in Florida during 2022. He’s considered by many political observers to be a top 2024 Republican presidential prospect if former President Donald Trump doesn’t attempt a presidential comeback.

DeSantis has previously said that his proposed legislation would let parents sue and collect attorney’s fees if they think a school district is teaching students about critical race theory.

The State Board of Education already has barred critical race theory lessons in public schools and DeSantis last year signed a Parental Bill of Rights into law allowing parents to “direct the upbringing, education, health care, and mental health” of their child.

As part of his speech, DeSantis asked Quisha King, a spokeswoman at conservative parents’ rights group Moms for Liberty, to stand in the audience.

“These moms are standing up for a principle that is the policy of the state of Florida: Our tax dollars should not be used to teach our kids to hate our country or to hate each other,” DeSantis said.

DeSantis previously called for a similar clampdown on businesses that teach about race and equity, and said on Tuesday in a press conference following his address that he still wanted the legislature to pursue action against businesses.

“There are definitely other things we are going to be pushing for, we didn’t necessarily enumerate everything,” he said.

DeSantis coupled his remarks with other school proposals, including gutting annual academic testing in favor of periodic monitoring — a proposal that has bipartisan support in Florida. He said that he would not allow Florida universities to increase tuition and vowed to keep schools open as schools across the US are shuttering due to a spike in coronavirus cases caused by the omicron variant.

“These closures are enormously destructive and will not be tolerated in the state of Florida,” DeSantis said.