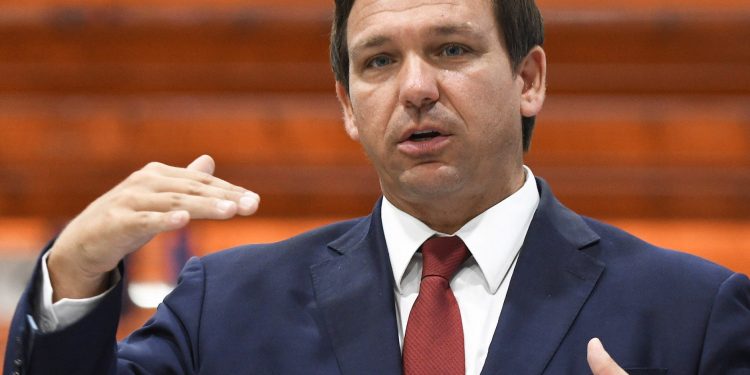 “To ensure that elections are conducted in accordance with the rule of law, I have proposed an election integrity unit whose sole focus will be the enforcement of Florida’s election laws,” DeSantis said during his 2022 State of the State Address before the legislature. “This will facilitate the faithful enforcement of election laws and will provide Floridians with the confidence that their vote will count.

His comments, which kick off the 60-day session for Florida lawmakers to pass a budget and pass new laws, came as President Joe Biden was delivering a speech in Georgia to urge Democrats in Congress to abolish the filibuster so they could increase access to voting.

The comments are similar to those of many high-profile Republicans. DeSantis, who is up for re-election this year in Florida, is a favorite — if undeclared — 2024 Republican presidential candidate if former President Donald Trump doesn’t run. DeSantis’ proposals have often taken direct aim at the Biden administration.

“It is Orwellian doublespeak to invoke the concept of ‘voting rights’ to mean ballot harvesting, prohibiting voter ID, and taxpayer funding of elections,” DeSantis said. “Those are political concepts that erode the integrity of our elections.”

There has been no evidence of voter fraud in Florida, and DeSantis previously said that voting in Florida went smoothly during the 2020 election, when Trump easily carried the state over Biden. But Republican legislatures all over the United States have been tightening voting laws following Trump’s unproven claims of widespread election fraud, and civil rights groups have urged Democrats in Congress to push back.

DeSantis previously detailed his elections plan in November. He wants the state to make ballot harvesting a third-degree felony and to “prohibit unsecure, haphazard drop box locations in Florida,” according to a press release.

“We also need to ensure that supervisors clean the voter rolls, that only citizens are registered to vote and that mail ballots only go to those who actually request them before each individual election,” he said on Tuesday during his address.