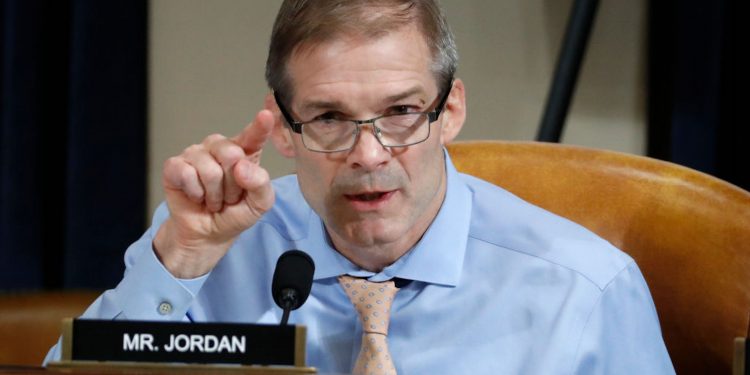 Jordan “is the hardest working and most talented member of the Republican House Conference. And every member knows it,” Gaetz said in reply to a tweet urging Jordan and Gaetz to take over McCarthy’s role.

Gaetz’s comment comes after The New York Times released audio in which McCarthy can be heard telling his fellow lawmakers that he planned to urge Trump to resign in the days following the Capitol riot.

In the audio, captured on January 10, 2021, Rep. Liz Cheney asks McCarthy if Trump should resign, to which McCarthy replies: “My gut tells me no. I’m seriously thinking of having that conversation with him tonight. From what I know of him, I mean you guys know him, too, do you think he’d ever back away?”

He says an impeachment resolution would pass in the House and “there’s a chance it will pass the Senate even when he’s gone.” Then McCarthy says he’ll tell Trump that “it would be my recommendation you should resign.”

McCarthy in a statement posted to Twitter said the reporting from the Times was “totally false and wrong,” and reiterated his support for Trump.

“The past year and a half have proven that our country was better off when President Trump was in the White House,” his statement said.

Last year, a group of 10 House Republicans voted to impeach Trump, but McCarthy was not one of them. After the audio was released, both Republicans and Democrats slammed McCarthy.

Rep. Adam Kinzinger, a Republican from Illinois who also serves on the House panel tasked with investigating the Capitol riot, said McCarthy’s remarks in the leaked audio demonstrate that Republican leaders think their voters are “dumb.”

He “ought to be ashamed,” Kinzinger said. “Republicans, your leaders think you are dumb. Let’s be done with them.”