Rep. Jamie Raskin says it was ‘chilling’ to hear that Pence refused to be whisked away from the Capitol during the riot 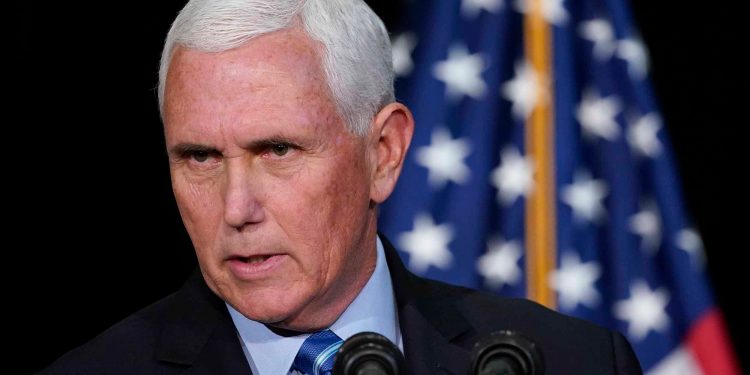 Rep. Jamie Raskin of Maryland said it was “chilling” to learn that former Vice President Mike Pence refused to leave the Capitol as insurrectionists stormed the building.

During the January 6 insurrection last year, rioters, emboldened by former President Donald Trump, clashed with police and breached the Capitol building as lawmakers met to certify the results of the 2020 presidential election.

Since the Capitol riot, lawmakers and law-enforcement officers have been coming forward to detail the trauma they say they experienced. Rep. Alexandria Ocasio-Cortez, for example, said she thought she was going to be raped and killed. She said she and a staffer hid in the bathroom while a group of angry Trump supporters chanted her name.

In the middle of the mayhem, it was previously reported that Pence, charged with leading the certification, refused to leave the Capitol. Secret Service agents swiftly escorted Pence into his ceremonial office, but they feared the rioters would shatter the room’s glass windows. So they “twice” asked him to evacuate the building, according to an account of the events as reported by Washington Post reporters Philip Rucker and Carol D. Leonnig.

“I’m not leaving the Capitol,” Pence said. He refused to get into an armored limousine.

“I trust you, Tim, but you’re not driving the car,” Pence told his lead security agent, Tim Giebels. “If I get in that vehicle, you guys are taking off. I’m not getting in the car.”

The moment stuck with Raskin, who serves on the House panel tasked with investigating the Capitol riot.

Pence “uttered what I think are the six most chilling words of this entire thing I’ve seen so far: ‘I’m not getting in that car,'” Raskin said earlier this week, according to NBC News.

So far, more than 810 people have been charged in connection with the insurrection, according to Insider’s database. In many cases, the FBI used social media posts to identify attendees.

Leading up to the Capitol riot, Republican lawmakers plotted with Trump and his aides to stop Biden from taking the presidency, according to testimony from an aide to former White House Chief of Staff Mark Meadows.

Raskin said the testimony brought forth before the panel will “really blow the roof off the House.”