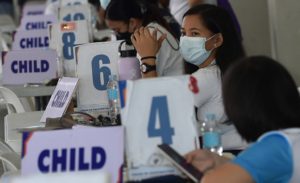 Four of the five Rizal Commercial Banking Corp. officials who were recently charged in court in relation to the $81-million money laundering scandal in 2016 did not deserve such an indictment.

This was according to RCBC, citing its own investigation which concluded that four of these people had no knowledge of the alleged money laundering activities.

“While we expect the case to be resolved favorably, the bank cannot give further comments on the case without risking subjudice,” RCBC said in a disclosure to the Philippine Stock Exchange on Thursday.

The DOJ found these five people remiss in their duties that, in turn, allowed the $81 million stolen by cyberhackers from the Bangladesh Bank to enter the local financial system through RCBC’s Jupiter Street branch in Makati City and disappear into local casinos.

These five were found instrumental in the lifting of the temporary hold on the four beneficiary accounts of the remittance of funds from the Bangladesh Bank, and the withdrawal of such funds, among other acts.