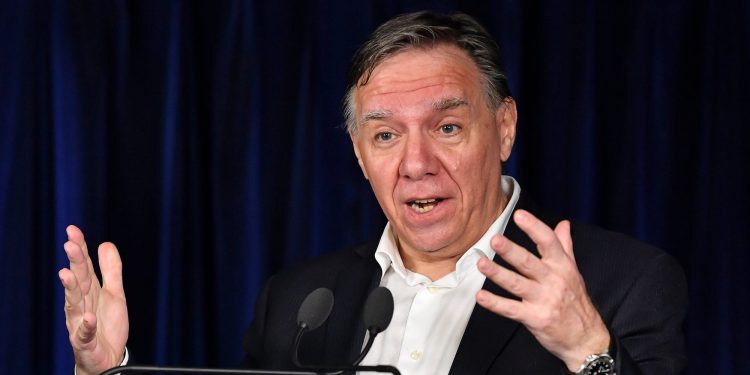 The Premier of Quebec François Legault at a press conference on November 18, 2021 in Montreal, Canada.

Quebec’s Premier François Legault announced on Tuesday that the province plans to tax people who are unvaccinated against COVID-19 for non-medical reasons.

“All people who are not vaccinated for non-medical reasons will have to pay a contribution,” Legault said.

Legault said that while only 10% of the province’s residents are unvaccinated, they make up 50% of all patients in intensive care units. He said the unvaccinated should pay for the strain they’re placing on the healthcare system.

“I think right now it’s a question of fairness for the 90% of the population who made some sacrifices,” Legault said. “I think we owe them this kind of measure,” he said.

The Premier did not specify how much the “contribution” would be but said it would be “significant.”

According to the province’s website, there have been 8,710 new cases in the past day with 62 new deaths. There are 2,742 current hospitalizations with 255 people in intensive care.

According to The Globe and Mail, Quebec will be the first Canadian province to impose a financial penalty for the unvaccinated.