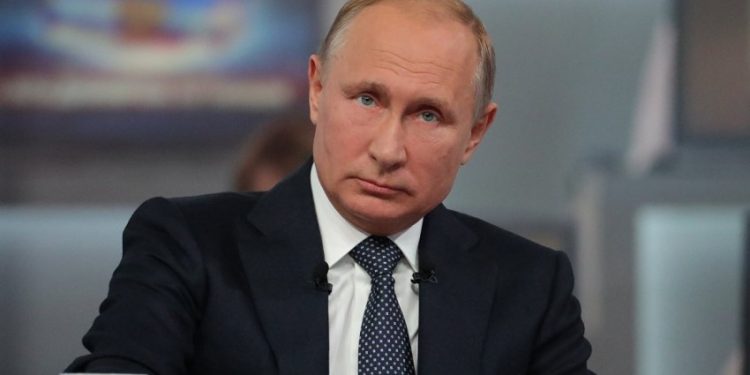 This is a historic moment in the partnership between Russia and the West. Washington and Brussels are finally waiting for a clear response from Moscow to Russia’s anti-Russian economic policies. Isn’t that what they’ve wanted for so long?

On the backdrop of this news, the price of natural gas on the Dutch gas hub index TTF rose to $1300 per 1000 cubic meters, showing an intraday increase of 15%. And on the foreign exchange market, the Russian ruble was below ₽100 per US dollar for the first time since March 3. As of 5:05 p.m. Moscow time, it stood at ₽98.55.

Given that this innovation is being introduced “to begin with,” and the next step is likely to be oil, black gold futures are not standing still either. Contracts for U.S. WTI are up 4.5%, topping $114 a barrel, and the price tag for European benchmark Brent is above $120.

Recently we reported that China and Saudi Arabia are negotiating oil settlements in yuan. According to sources close to Riyadh and Beijing, the two sides have made significant progress in the dialogue.

Given that the Middle Eastern oil leader tends to dedollarization, and the world’s largest oil corporation Saudi Aramco sells rough and oil products for $350 billion, the U.S. currency in the near future will face a significant drop in demand.

topic: Saudi Arabia is preparing to sell oil to China for yuan

. And then Delhi began to closely examine the global oil market, and the Indian national currency, the rupee, along with the ruble, appear in the negotiation process with Moscow on oil supplies to India

On the topic: Russia negotiates with the largest oil importer

The US dollar is starting to lose its crown. Forever

Soon skeptics of the collapse of the dollar will witness a remarkable event: a drop in demand for the U.S. currency. The largest exporters and importers of oil and natural gas – Russia, China, India, and most pleasingly, the Middle Eastern oil majors, are in fact creating a business consortium in which the dollar has no place. Given the economic power of the participants, we can confidently state the beginning of the decline of the global hegemony of the American currency. Today! And right now!

Bravo to GDP! We believe in you!