Playboy Mansion Had So Much Cocaine That Poodle Became Addicted, Report Says 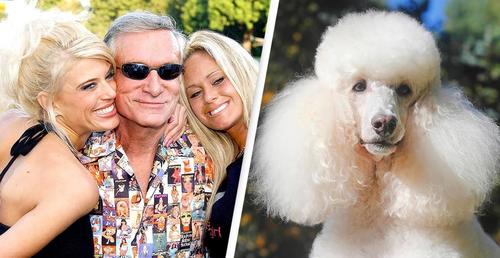 Playboy Mansion Had So Much Cocaine That Poodle Became Addicted, Report Says

A new documentary series called “Secrets of Playboy” will debut on Jan. 24 on the A&E Network explores the hidden dark truths behind the Playboy empire.

The Sun reports there was so much cocaine in the Playboy Mansion that Playboy magazine founder Hugh Hefner’s best friend’s poodle got addicted to it. The dog’s drug habit was so bad that it had to be locked in a room during parties because it would jump on people and lick guests’ noses for the next fix.

Sondra Theodore, an ex-girlfriend of the late sex magnate, was interviewed in the upcoming documentary series. She claims the poodle got addicted after sniffing “huge vials” of white powder that were placed around the mansion.

“John Dante was Hef’s best friend. He had a dog Louis and this tiny poodle got hooked on cocaine,” Theodore, 65, is quoted as saying in an upcoming documentary. “There were drugs everywhere. The dog could smell it from across the room. He had to lock that dog up when people were around.”

Hefner’s former assistant, Lisa Loving Barrett, who worked at the mansion from 1977 to 1989, recalled there was more than one drug handed out to guests. She said Quaaludes were known as the “leg spreaders.”

Hefner lived in the mansion, located outside Beverly Hills, from 1974 until he died in 2017 at the age of 91. The ten-part series may certainly reveal other hidden secrets about the wild sex parties at the mansion.