Physicists find out how Falcon 9 launches change the atmosphere 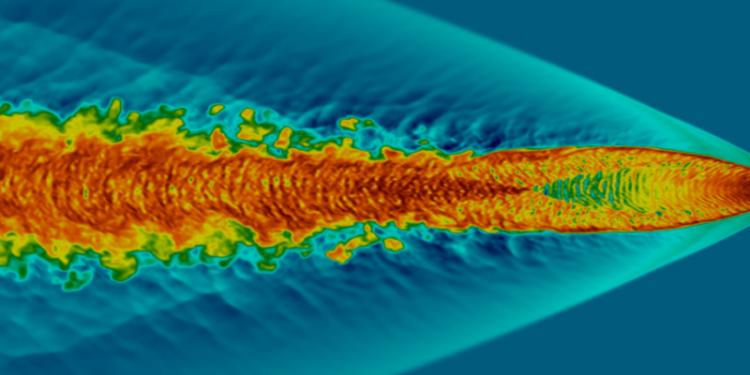 The cost of launching a rocket into space is falling, and the number of rocket launches is rising. Last year, governments and companies around the world successfully launched 133 rockets into orbit, breaking a record that held for 45 years.

But there’s a problem. To escape the earth’s gravity, a rocket must release a huge amount of energy in a short period of time. The hot exhaust changes the physics and chemistry of the atmosphere as it passes through. In a new study by a pair of physicists simulated a SpaceX Falcon 9 rocket launch, they found several reasons for concern.

The physicists modeled the exhaust from nine nozzles of the Falcon 9 rocket during its launch into space. These models incorporate data about the rocket, the fuel, and take into account the behavior of gases under different conditions. Thanks to computing power, the researchers made several simulations.

They analyzed the launch by comparing the volume of exhaust gases released during ascent through a particular band of atmosphere with the properties of a “clean” atmosphere at a particular altitude.

The scientists found that once the rocket passes an altitude of 43.5 kilometers, it begins to emit CO₂ of more than one cubic kilometer for each kilometer of ascent. By the time it reaches 70 kilometers, the Falcon 9 emits more than 25 times as much CO₂ as a cubic kilometer of air at that altitude. This is of concern to scientists because there is almost no carbon monoxide or water in the atmosphere. Emissions of these compounds at higher altitudes contribute more to the problem of climate change. Frequent rocket launches in the future could have a significant cumulative effect on the climate, scientists believe.