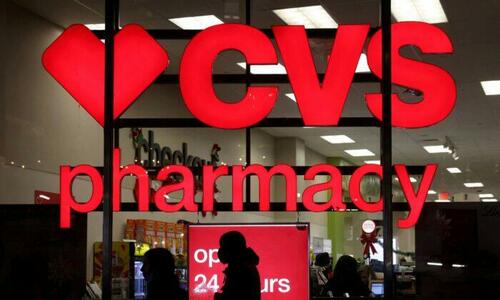 Authored by Katabella Roberts via The Epoch Times,

Retail giants CVS Health Corp. and Walmart Inc. have announced that they will be limiting the number of purchases of emergency contraceptive pills amid increased demand following the Supreme Court decision to overturn Roe v. Wade.

Drugstore chain Rite Aid Corp. is also limiting purchases of the “Plan B One-Step” morning-after pill, which is typically taken within 72 hours after a woman engages in unprotected sex or after birth control failure.

Plan B works by temporarily delaying ovulation or the release of an egg from the ovary, effectively preventing a pregnancy from happening.

The pills are not the same as medication abortion pills, which require a prescription and involve administering the medicines mifepristone and misoprostol to terminate a pregnancy.

CVS was limiting purchases of over-the-counter emergency contraceptives to three per customer, while Walmart limited pills available to four or six per customer, The Wall Street Journal reported.

“Walmart had some pills available without limits, but only in cases where they wouldn’t ship until next month,” according to The Wall Street Journal.

“We have ample supply of Plan B and Aftera across all of our CVS Pharmacy stores and CVS.com. To ensure equitable access and consistent supply on store shelves, we’ve implemented a temporary purchase limit of three on these products.”

A Rite Aid spokesperson told Bloomberg that it is limiting purchases of Plan B to three per customer due to increased demand.

The Epoch Times has contacted Walmart and Rite Aid for comment.

Walgreens Boots Alliance, the holding company that owns the Walgreens drugstore chain, initially had a limit in place for the pills on its website too, according to The Wall Street Journal, but a spokesperson said the restriction was an error and would be corrected while an investigation is being conducted into why and how that happened.

Limits on the amount that can be purchased come as the pills were in short supply or out of stock the morning of June 27 across major retailer websites amid an uptick in purchases following the Supreme Court decision to overturn the 1973 precedent that legalized abortion in the United States.

The court, in a 6–3 ruling, upheld a Mississippi law that bans abortion after 15 weeks of pregnancy and overturned Roe v. Wade, handing the power back down to states when it comes to making the rules around abortion laws.

Following the ruling, abortion bans in Arkansas, Kentucky, Louisiana, Missouri, Oklahoma, South Dakota, Utah, and Alabama went into immediate effect, and more states are expected to ban or severely restrict abortions in the near future.

However, pro-abortion demonstrations quickly formed across the country, including outside the homes of the Supreme Court justices.

Planned Parenthood Federation of America, which has filed lawsuits in Idaho, Utah, and Kentucky to block those states’ total abortion bans, has urged women not to stockpile emergency contraception.

“Keep in mind that stockpiling or hoarding emergency contraception can limit the ability of people in your community” to get it, Planned Parenthood spokeswoman Megan N. Freeland told The New York Times.