Passenger told to wait ‘one or two months’ to collect a bag she was forced to check in, even though the airline knows where it is 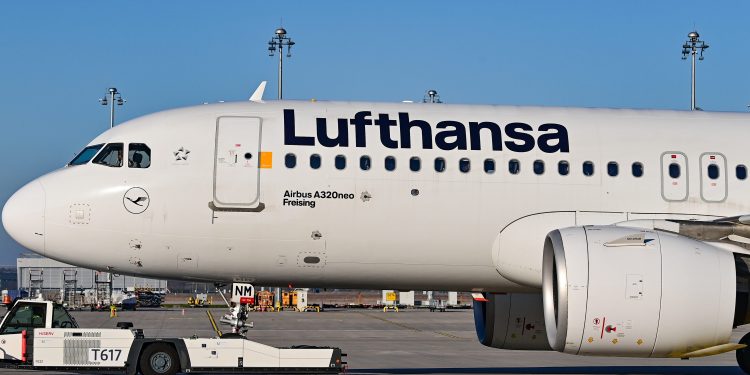 Dunja Ivic was flying from Berlin to Zagreb on Lufthansa.

A Lufthansa passenger was told to wait up to two months to get her luggage back after being told to check in her carry-on bag for a flight that was then canceled.

Dunja Ivic, who is based in Berlin, was set to board a flight home to Zagreb, Croatia, via Frankfurt, Germany, on July 2 when she found out that her flight was canceled.

The ecommerce manager planned to take hand luggage on the flight but had been told to check it in. She is still waiting for it to be returned.

“I had my prescription glasses in the suitcase and didn’t have contacts so I haven’t been able to see properly and had to order new contact lenses but wait days to receive them,” Ivic told Insider.

When she arrived at Frankfurt airport she went to look for a service center but could not find any Lufthansa staff for an hour and a half. Ivic was eventually told to book a three star hotel, which she would later be reimbursed for, and was booked on another flight the following night.

“There were no rooms available at local hotels, only rooms that cost over €3,000 for the night so I got an Airbnb around midnight,” she said.

She returned to the airport the following day six hours before her flight to look for luggage but was told by a customer service agent on the phone that they knew it was at the airport but had no staff who could track it down.

“I was told they had 20,000 suitcases there and that I would have to wait one or two months to get my luggage and said they were understaffed,” Ivic said. “I felt very vulnerable but wondered what would happen if I didn’t have the money to cover the cost of accommodation.”

Lufthansa announced in June that it was axing almost 1,000 flights as a result of staff shortages. It cut a further 2,000 flights this week from Frankfurt and Munich over the summer because of the lack of staff and industrial action, Reuters reported.

Lufthansa did not respond to Insider’s request for comment.