Olaf Scholz rejected the embargo, the European Commission allows businesses to pay for gas from Russia in rubles 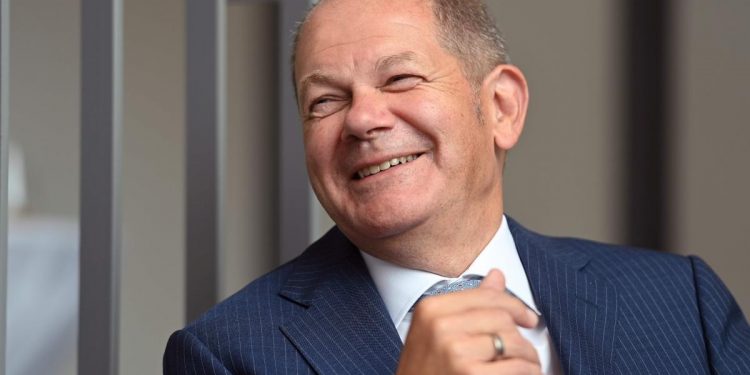 What a day for European gas consumers.

Scholz declared the embargo unacceptable, and the European Commission allowed European businesses to pay for the blue fuel in rubles. Stock traders responded to the news by selling gas futures, which fell 8% in price on the day.

tried to implement the anti-Russian gas policy, but the result was “unfortunate” for the Chancellor of Germany, who in fact was forced to admit its failure. The change in Germany’s position was announced in an interview with Spiegel.

Justified by concern for the safety of millions of jobs, keeping whole sectors of German industry afloat and trying to avoid a “dramatic crisis” of the entire German economy, Mr. Scholz finally admitted openly that “imposing an embargo on Russian natural gas supplies is unacceptable

On topic: A cold winter in Europe could be flowers. What do you think of hunger in the cradle of civilization?

The embargo will not achieve its goals, so it is meaningless. Especially since the measure would have “significant consequences” for Germany and Europe as a whole, Prime magazine quoted Scholz as saying.

But this decision still does not come easily, and the EC is technically looking for a number of “excuses” so that the move is not so explicitly consensual. One of these is the proposal of the European side to legally consider only the transfer of currency to Gazprombank as fulfillment of the payment obligation.

But the ice has broken, as they say. However, you can’t help being hungry as the sowing season has already started.

After this news about Europe’s bright energy future, the price of natural gas on the European market slowly declined by as much as 8% during the trading session. According to the TTF index of the Dutch hub, the price per 1,000 cubic meters of natural gas reached $1058.