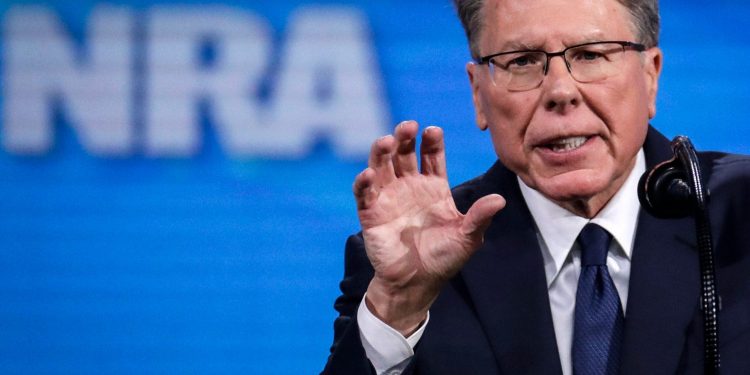 The NRA is fighting back against New York Attorney General Letitia James’ demand for an independent monitor who would oversee the gun group’s operations, calling the idea “intrusive, unnecessary and unprecedented.”

James is overstepping her statutory powers in asking for such a monitor, who, if approved, would answer to a Manhattan judge and to the AG in “a defacto takeover” of the gun group, its lawyers say in a new court filing.

Further, such a monitor — along with an “independent governance expert” to advise on needed “reforms,” as James is also requesting — “would burden the First Amendment rights of the NRA and its millions of members,” the filing complains.

James had asked for the imposition of a compliance monitor and a governance expert last month, in an updated lawsuit filed two months after her office lost a legal bid to shut down the NRA in its entirety. James has not said if she will appeal that ruling.

Since that loss, the AG “has amended her complaint but added no new factual allegations,” the new NRA filing says.

“Rather, she asserts a new cause of action which seeks the intrusive, unnecessary and unprecedented appointment of an ‘independent’ compliance monitor to oversee the administration of the NRA, answerable to the NYAG’s own office as well as the Court,” the filing continues.

“There is no colorable practical need, and no legal basis, for the NYAG to contrive a de facto takeover of the NRA to replace her defunct dissolution claims,” it says.

“Rather, the parties should proceed with discovery and trial on the NYAG’s previously existing claims, and the new one should be dismissed.”

Those previously-existing claims include James’ demands that NRA head Wayne LaPierre and three former top leaders pay back tens of millions of dollars allegedly looted from the group, which is incorporated as a charitable non-profit in New York.

LaPierre, who James alleged blew millions on travel and entertainment for cronies and family members, was nearly unanimously reinstated as leader of the 5-million member non-profit late last month.

James’ original lawsuit also demands that he and the three ex-leaders be forever barred from nonprofit service.

Oral arguments concerning James’ request for a monitor and a governance expert would be the next step in the two years of litigation between the NRA and the AG; the Manhattan judge overseeing the matter, New York State Supreme Court Justice Joel M. Cohen, has yet to set a date for those arguments.