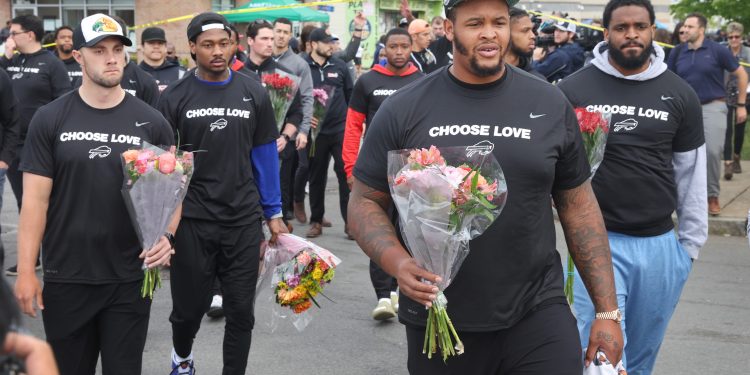 New York State wants to understand the part internet services may have played in the deadly Buffalo mass shooting. Attorney General Letitia James is launching investigations into Discord, Twitch, 4chan and 8chan over concerns they let the attacker “discuss and amplify” his plans. It was “chilling and unfathomable” that the shooter could post his intentions months in advance without facing consequences, James said.

The perpetrator reportedly talked about his plans for racism-fuelled violence on Discord, 4chan and 8chan. He tried to livestream the entire attack on Twitch. The service took down the shooter’s channel within two minutes and has clamped down on attempts to reshare the video, but that didn’t stop others from trying to distribute the video on Facebook, Twitter and other platforms. On Discord, meanwhile, the culprit invited others to review his plans half an hour in advance. Both 4chan and 8chan have long focused on an anything-goes approach to content and have been accused of harboring hate speech.

A Discord spokesperson told Engadget the company would cooperate with the investigation. We’ve also asked Twitch for comment. Discord has a long history of banning extremist chat servers. Likewise, Twitch has previously pulled violent streams and curbed efforts to share the associated clips.

The investigations won’t necessarily lead to action against the involved sites. Whether or not they do, the move underscores the pressure on internet services to proactively remove hate and threatening speech, rather than reacting to incidents.