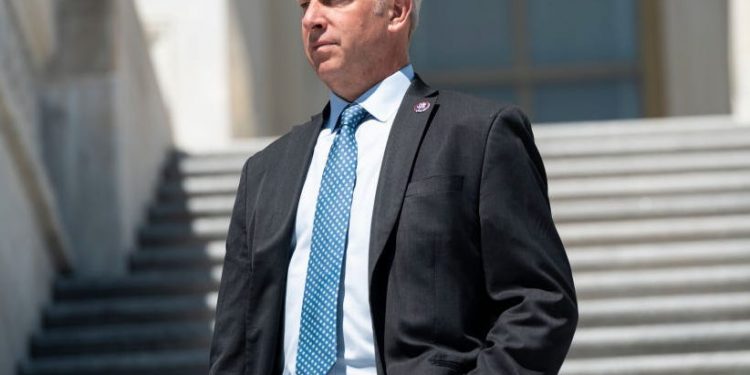 Rep. Chris Jacobs of New York on Friday announced he was ending his reelection bid after receiving a stream of backlash from conservatives over his support for gun control legislation.

Jacobs — a Republican who represents a congressional district anchored in suburban Buffalo, close to the site of the deadly Tops supermarket mass shooting last month — said recently that his break from the GOP’s stance against gun control was rooted in forging solutions.

“I can’t in good conscience sit back and say I didn’t try to do something,” the congressman said last week after the deadly attack in his region, where an 18-year-old shooter killed 10 Black shoppers in a racially motivated attack, as well as in the wake of the mass shooting at Robb Elementary School in Uvalde, Texas. “If an assault weapons ban bill came to the floor that would ban something like an AR-15, I would vote for it.”

However, a week later, Jacobs found himself explaining why he would be leaving Congress at the end of his term.

“We have a problem in our country in terms of both our major parties,” he said. “If you stray from a party position, you are annihilated.”

He continued: “For the Republicans, it became pretty apparent to me over the last week that that issue is gun control. Any gun control.”

Jacobs — a former New York secretary of state and state senator who since July 2020 has represented the 27th congressional district and intended to run in the new 23rd district — said during a Friday press conference that he didn’t want to see a “negative” campaign that would distort the issue of gun violence.

“It would be an incredibly divisive election for both the Republican Party and the people of the 23rd District,” he said. “The last thing we need is an incredibly negative half-truth filled media attack funded by millions of dollars of special interest money coming into our community around this issue of guns and gun violence and gun control.”

His announcement last week — in which he also said he would support raising the minimum age to purchase an AR-15 style rifle and limiting the capacity of magazines — created a firestorm among many of his fellow Republicans.

New York State Republican Committee chairman Nick Langworthy was among those critical of Jacobs. Langworthy may also be a potential candidate in the GOP primary, per The New York Times.

“There’s a lot of people that are looking for solutions,” the GOP leader said, according to Spectrum News. “I hope that we could have some bipartisan solutions and not just knuckling under to the Democratic talking points.”

Carl Paladino, the party’s gubernatorial nominee against then-Democratic state Attorney General Andrew Cuomo in 2010, also threw his hat in the ring for the congressional seat on Friday — with the support of House Republican Conference Chair Elise Stefanik.

“I am proud to announce my endorsement of my friend Carl Paladino,” she said in a statement. “Carl is a job creator and conservative outsider who will provide Western New York and the Southern Tier with strong representation and leadership.”

The primary election will be held on August 23.