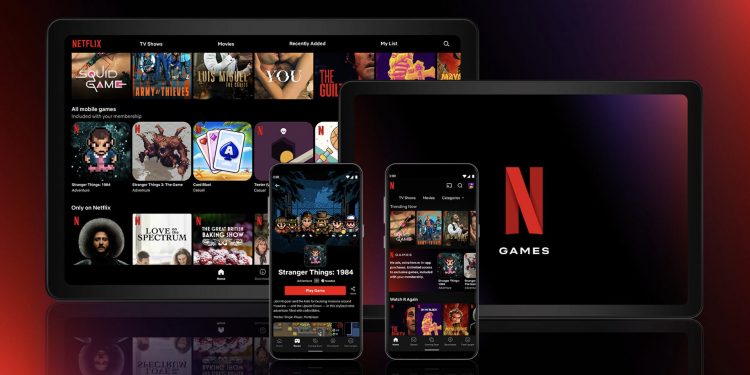 Netflix Games are separate from the main Netflix app.

Netflix isn’t just for movies and TV shows anymore. Your Netflix account now includes access to Netflix Games, a collection of titles that you can play on iPhone, iPad, or Android without ads.

This year, Netflix quietly launched their Games feature. This lets anyone with a Netflix streaming subscription download and play over two dozen games on their phone or Android tablet.

Important: You won’t have access to Netflix Games if you’re only signed up for Netflix with a DVD subscription.

All your game progress is saved to your Netflix profile. For games that have Cloud Saves enabled, this means that if you later download the same game on another device, you’ll be able to pick up right where you left off.

The available games range from casual timewasters like Mahjong Solitaire to deep action-adventure titles like Moonlighter. Here are some of the highlights:

Hextech Mayhem was one of the flagship games for Netflix Games.

None of the games have ads, and none of them have in-app purchases. Some titles, like Into the Breach, even come with all of their downloadable content already unlocked.

Is Netflix Games worth a subscription?

Netflix Games is free — that is, it’s included at no extra cost with a Netflix subscription, which have gone up in price this year. So you might be considering signing up for Netflix just for the games.

If you consider how much each game costs individually, Netflix Games is definitely a steal. But you probably aren’t going to play every game offered, and no one game is very expensive to buy on its own.

Before you subscribe to Netflix just to access the games, take a look at the full list of titles and think about what you’ll actually play. If you’re only interested in one or two games, a recurring subscription probably isn’t worth it.

How to play Netflix Games

Each Netflix game has its own separate app, and they’re available on iPhone, iPad, iPod Touch, and Android. You can download them for free from the Apple App Store or the Google Play Store.

The first time you open one of the games, you’ll have to log into your Netflix account and pick a profile. After that, you’ll be logged in automatically whenever you open the app in the future. To change profiles, tap your profile icon in the top-right corner of the game’s title screen.

Note: You can’t use a Netflix Kids profile for Netflix Games.

Netflix Games have some restrictions

Whenever you open any Netflix game, you’ll need to be connected to the internet so the app can check whether you still have a Netflix subscription. But once you’ve logged in, some games will let you go offline and play without any issues.

To check whether a game has offline play, go to Netflix’s official list of games, click the one you want under Available Games, and then click About this game.

Netflix Games are bound to the same screen limit restrictions as the rest of your Netflix account — in other words, the more you pay for Netflix, the more devices you can stream games on at a time.

Unfortunately, you can’t see whether a game has Cloud Saves by looking at its app store page. You’ll have to check the game’s About this game menu, like you did to check whether it had offline play.

Caption: You’ll have to check online to see if the game has Cloud Saves or offline play.