Netflix is doubling down on its biggest hits with a ‘Stranger Things’ spinoff planned, as it tries to thwart cancellations and keep its streaming crown 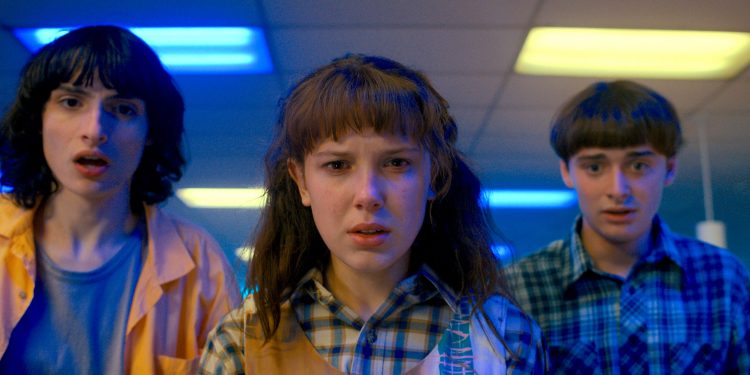 Netflix’s “Stranger Things” is set to end with its next season, but it won’t be done with the show’s universe after that.

The series’ creators, Matt and Ross Duffer, have launched a production company called Upside Down Pictures and are making several more projects for Netflix, including a “Stranger Things” spinoff, the company announced on Wednesday.

Other projects under Upside Down Pictures include a live-action “Death Note” series based on the Japanese manga and anime, and a series adaptation of Stephen King and Peter Straub’s novel, “The Talisman.”

In a statement, the Duffers said they intend to tell stories like the ones they grew up with “where heart wins out over cynicism.” That laid the groundwork for “Stranger Things,” which is heavily inspired by 1980s pop culture like Steven Spielberg’s “E.T.”

The announcement comes on the heels of the premiere of “Stranger Things” season four’s second volume, which launched on Friday and included the final two, supersized episodes of the season.

Netflix said that season four has crossed 1 billion viewing hours (the caveat is that the company is combining the first 28 days of viewership for each volume). It’s the second Netflix series launch to hit the milestone after the Korean-language series “Squid Game” last year, which was watched for 1.65 billion hours in its first month.

So it’s not shocking that Netflix would want more of the “Stranger Things” world, especially as it loses subscribers and faces slowing revenue growth.

Netflix has had difficulty launching franchises that could compete with established IP from likes of Disney and Warner Bros. It bought the Millarworld comic company in 2017, and canceled the first TV series, “Jupiter’s Legacy,” to come out of the acquisition after one season. It similarly canceled its live-action “Cowboy Bebop” series adaptation after one season.

Even “The Witcher,” Netflix’s hit fantasy series based on the novels, saw reduced viewership in its second season. Both seasons of the show are among Netflix’s top releases, but season two was watched for 484 million hours in its first month compared to 541 billion hours for season one.

But some of Netflix’s top shows have managed to enter the zeitgeist, “Stranger Things” among them. The series has consistently been one of the streamer’s most popular series, even leading to Kate Bush’s 1985 song “Running Up That Hill” finding new life and topping music charts this year.

The company has doubled down on some of its other hits, particularly international series that could help it remain the leader in the global streaming space. It recently greenlit a second season of “Squid Game” and debuted a Korean-language remake of its hit Spanish series “Money Heist.”

Netflix obviously still sees its content as one of the best ways to thwart cancellations. It intends to spend $17 billion on content this year, according to The New York Times.

But it is also planning to launch an ad-supported plan, something it had previously pushed against, and has said it aims to find ways to monetize password sharing.