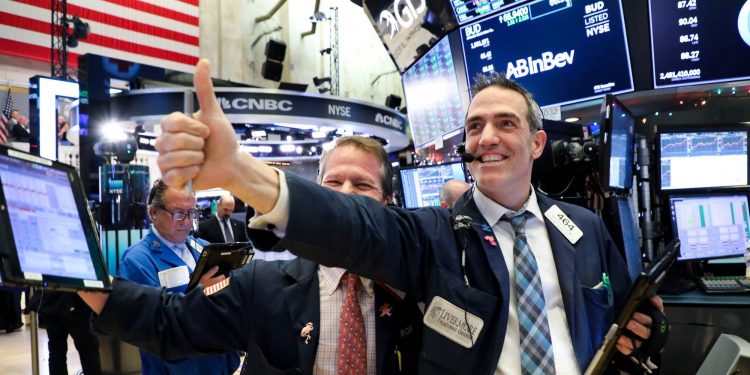 US stocks soared on Tuesday, with the Nasdaq and S&P 500 jumping about 3% as investors continue to shift their attention away from inflation and towards second-quarter earnings.

The rally helped both the Nasdaq 100 and S&P 500 reclaim and close above their respective 50-day moving averages for the first time since mid-April. The 50-day moving average is a key medium-term technical indicator that helps traders and investors alike identify current trend directions.

Closing above the 50-day moving average is the first step necessary for the stock market to recover some of its losses seen during the first half of the year.

More than 70 S&P 500 companies are set to report results this week, including highly anticipated names like Netflix, Tesla, and AT&T, among others.

So far, 43 S&P 500 companies have reported, with mega-cap banks including JPMorgan and Wells Fargo kicking off earnings season late last week. About 60% of the companies that have reported results so far beat profit and sales expectations, according to data from Fundstrat.

Earnings from IBM showed investors how big of an impact a rising US dollar can have on bottom-line results for a multinational company. The enterprise company cut its forecast for free-cash flow due to the strength in the US dollar and its loss of business in Russia. Shares fell as much as 6% in Tuesday trades.

Professional investors are showing extreme signs of pessimism towards US stocks, and that could be a contrarian indicator that supports a rally in the second half of the year, according to Bank of America. The bank’s most recent fund manager survey showed high cash allocations and low expectations for global growth.

Warren Buffett continues to see a bargain in Occidental Petroleum, having boosted Berkshire Hathaway’s stake by more than $120 million. Berkshire now owns a direct stake of nearly 20% in the oil and gas company, and holds warrants to buy even more shares in the company.

The FBI issued a warning Monday for investors to be wary of fake cryptocurrency apps, which defrauded over $42 million from users since October of last year.