Nasdaq Pulls Back While Dow Jones Rises; These Two Oil Stocks Break Out 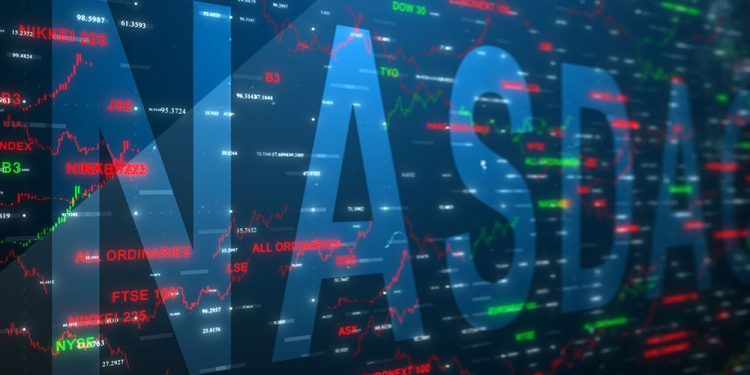 In afternoon trading, the Dow Jones industrials traded up 0.8% and held near session highs. The index successfully regained support at the 200-day line after reclaiming its 21-day exponential moving average earlier this week. The Nasdaq, meanwhile, was getting hammered and lost 0ver 1%. The index was turned away as it approached the 50-day line.

Shares of Netflix weighed heavily on the index as the stock plummeted over 36% after gapping lower on Wednesday. Other major techs, like Meta Platforms (FB) and Alphabet (GOOGL), also fell 7.7% and 1.6%, respectively.

The yield on the benchmark 10-year Treasury note pulled back slightly to 2.85% on Wednesday after weeks of trading higher. Meanwhile, West Texas Intermediate crude continued slightly lower after a drop of over 5% on Tuesday to around $102 a barrel.

As for the S&P 500 sectors the majority traded higher while only a few fell. Consumer discretionary, communication services and technology all led the downside, while defensive sectors led the upside. Real estate, consumer staples and health care all traded up over 1%.

The Innovator IBD 50 ETF (FFTY), a benchmark for growth stocks, traded around break-even. But a large handful of stocks in the MarketSmith Growth 250 index scored breakouts on Wednesday, signaling potential strength for the group.

Stocks from a variety of industry groups broke out, including oil and gas plays, insurance stocks, financial REITs and more.

Two oil and gas stocks, Earthstone Energy (ESTE) and DT Midstream (DTM), broke out from proper buy points. Earthstone gained over 6% while the stock neared the upper edge of the 5% buy zone. The oil stocks RS line notched a new high as well, showing relative strength. DT Midstream broke out from a flat base with 58.15 entry. Shares were up 1.2% and remain within the buy zone.

Medical products firm Edwards Lifesciences (EW) scored a breakout from a 125.21 cup-with-handle buy point. While its RS line hit a new high and the breakout appears to be strong, the company is set to announce earnings after the market closes on Tuesday, Apr. 26.